Does the DNA similarity between chimps and humans prove a common ancestry?

See this page in: Hungarian, Spanish 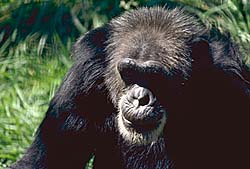 The idea that human beings and chimps have close to 100% similarity in their DNA seems to be common knowledge. The figures quoted vary: 97%, 98%, or even 99%, depending on just who is telling the story. What is the basis for these claims and do the data mean there really is not much difference between chimps and people? Are we just highly evolved apes? The following concepts will assist with a proper understanding of this issue:

The DNA similarity data does NOT quite mean what the evolutionary popularizers claim!

Copyright © 1997, 1999, 2001, Creation Ministries International, All Rights Reserved—except as noted on attached “Usage and Copyright” page that grants ChristianAnswers.Net users generous rights for putting this page to work in their homes, personal witnessing, churches and schools.