Is the U.S. Postal Service trying to tax your e-mails to cover their losses? 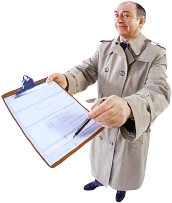 This claim, usually spread through e-mail messages, is a HOAX. It is not true; it is the work of pranksters who enjoy seeing how many gullible people will sign-on and spread their lies. Typically, an unsuspecting person will receive a message about this in their e-mail. It may come from a trusted friend who was also taken in.

Dear Christian, it is important for Christians (of all people), to avoid spreading deceptions and thereby damaging their credibility. That is why we want to warn you about this, lest you fall into the pranksters' trap. A word to the wise: Always check claims out before you forward them.

Here is an example of the kind of messages people are receiving. The following is a HOAX; don't perpetuate it…

Below is an e-mail I got that says the US government is attempting to pass a bill that would tax all e-mails at the rate of 5 cents per e-mail. Please read it carefully and respond to your representative with a NO on taxation of e-mail.

Please Read Carefully & Forward… and write your representatives in congress (they all have internet sites). VOTE NO ON Bill 602P!!!!

I guess the warnings were true. Federal Bill 602P = 5 cents per E-mail Sent It figures! No more free E-mail! We knew this was coming!! Bill 602P will permit the Federal Government to charge a 5-cent charge on every delivered E-mail. Please read the following carefully if you intend to stay online and continue using E-mail.

The last few months have revealed an alarming trend in the Government of the United States attempting to quietly push through legislation that will affect our use of the Internet. Under proposed legislation, the US Postal Service will be attempting to bill E-mail users out of “alternative postage fees”. Bill 602P will permit the Federal Government to charge a 5-cent surcharge on every E-Mail delivered, by billing Internet Service Providers at source. The consumer would then be billed in turn by the ISP. Washington DC lawyer Richard Stepp is working without pay to prevent this legislation from becoming law. The US Postal Service is claiming lost revenue, due to the proliferation of E-mail, is costing nearly $230,000,000 in revenue per year. You may have noticed their recent ad campaign: “There is nothing like a letter.”

Since the average person received about 10 pieces of E-mail per day in 1998, the cost of the typical individual would be an additional 50 cents a day—or over $180 per year—above and beyond their regular Internet costs. Note that this would be money paid directly to the US Postal Service for a service they do not even provide. The whole point of the Internet is democracy and noninterference. You are already paying an exorbitant price for snail mail because of bureaucratic efficiency. It currently takes up to 6 days for a letter to be delivered from coast to coast. If the US Postal Service is allowed to tinker with E-mail, it will mark the end of the “free” Internet in the United States. Our congressional representative, Tony Schnell (R) has even suggested a "$20-$40 per month surcharge on all Internet service" above and beyond the governments proposed E-mail charges.

Note that most of the major newspapers have ignored the story—the only exception being the Washingtonian—which called the idea of E-mail surcharge "a useful concept who's time has come" (March 6th, 1999 Editorial.

Do not sit by and watch your freedom erode away! Send this to E-mail to EVERYONE on your list, and tell all your friends and relatives to write their congressional representative and say “NO” to Bill 602P. It will only take a few moments of your time and could very well be instrumental in killing a bill we do not want.

Here is what the U.S. Postal Service has said about all this…

WASHINGTON—A completely false rumor concerning the U.S. Postal Service is being circulated on Internet e-mail. As a matter of fact, the Postal Service has learned that a similar hoax occurred recently in Canada concerning Canada Post.

The e-mail message claims that a “Congressman Schnell” has introduced “Bill 602P” to allow the federal government to impose a 5-cent surcharge on each e-mail message delivered over the Internet. The money would be collected by Internet Service Providers and then turned over to the Postal Service.

No such proposed legislation exists. In fact, no “Congressman Schnell” exists.

The U.S. Postal Service has no authority to surcharge e-mail messages sent over the Internet, nor would it support such legislation.

We hope that you were not deceived by the hoaxers. It is easy (and embarrassing) to fall into the pranksters trap. We have seen the heads of organizations make the same mistake. Christians, always remember that your reputation is important. You are a representative of Christ. Be wary of clever deception. Don't spread rumors.

Author: Paul S. Taylor. Copyright © 2000, Films for Christ, All Rights Reserved—except as noted on attached “Usage and Copyright” page that grants ChristianAnswers.Net users generous rights for putting this page to work in their homes, personal witnessing, churches and schools.