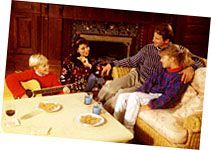 Some pro-choice (and even pro-life) advocates have pointed out that some people who believe in capital punishment are also pro-life on the abortion issue. And since capital punishment entails the killing of another human being, these pro-lifers are inconsistent. Some people assume that this inconsistency makes the pro-life position on abortion incorrect. There are several reasons why this belief cannot be justified.

In summary, like the argument for the adoption of unwanted children, this one is a blatant example of the ad hominem fallacy, since it is a direct attack upon the character of the pro-life advocate. Instead of dealing with the pro-lifer's arguments against abortion, the pro-choice advocate attacks the pro-lifer.

Author: Francis J. Beckwith. Adapted from a series in Christian Research Journal, Spring 1991. Provided with permission by Summit Ministries and the author.