Choice? Doesn't a woman have the right to control her own body? 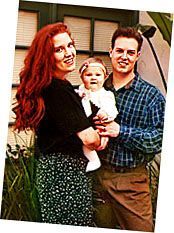 An extremely popular argument asserts that because a woman has a right to control her own body, she therefore has a right to undergo an abortion for any reason she deems fit. Although it is not obvious that either the law or sound ethical reasoning supports such a strong view of personal autonomy (e.g., laws against prostitution and suicide), this pro-choice argument still logically fails even if we hypothetically grant that its strong view of personal autonomy is correct.

To say that the unborn entity is part of its mother is to claim that the mother possesses four legs, two heads, two noses, and—with the case of a male conceptus—a penis and two testicles. Furthermore, since scientists have been able to achieve conception in a petri dish in the case of the “test-tube” baby, and this conceptus if it has white parents can be transferred to the body of a black woman and be born white, we know conclusively that the unborn is not part of the pregnant woman's body.

Certainly a woman has a right to control her own body, but the unborn entity, though for a time living inside her body, is not part of her body.

Hence, abortion is not justified, since no one's right to personal autonomy is so strong that it permits the arbitrary execution of others. In this respect this argument also begs the question, because it assumes that the unborn are not fully human.