Aren't abortions going to happen anyway, so shouldn't we make them safe and legal? 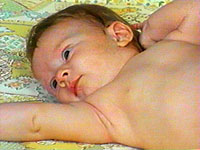 Some people make the argument that because there is widespread disagreement on the abortion issue, enforcement of any laws prohibiting abortion would be difficult. In other words, abortions are going to happen anyway, so we ought to make them safe and legal. Here's what's wrong with that reasoning:

First, it begs the question, because it assumes that the unborn are not fully human. If the unborn are fully human, this argument is tantamount to saying that, since people will murder other people anyway, we ought to make it safe and legal for them to do so.

But murder is never justified, even if there are social difficulties in forbidding it.

Second, since the vast majority of Americans are law-abiding citizens, they will probably obey the law as they did prior to Roe v. Wade.

Contrasting this with the fact that there have been an average of 1.5 million abortions per year since 1973, one can only conclude that the pre-Roe anti-abortion laws were quite effective in limiting the number of abortions. Now if the pro-choice advocate claims that a law cannot stop all abortions, he or she makes a trivial claim, for this is true of all laws which forbid illegal acts.

For example, even though both hiring paid assassins and purchasing child pornography are illegal, some people remain undaunted and pursue them illegally. But there is no doubt that their illegality does hinder a vast number of citizens from obtaining them. Should we then legalize child pornography and the hit-man profession because we can't stop all people from obtaining such “goods” and “services”? Such reasoning is absurd.

Author: Francis J. Beckwith. Adapted from a series in Christian Research Journal, Spring 1991. Provided with permission by Summit Ministries and the author.