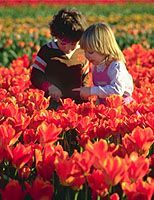 Some abortion-rights advocates argue that it is simply wrong for anyone to “force” his or her own view of what is morally right on someone else. Consequently, they argue that pro-lifers, by attempting to forbid women from having abortions, are trying to force their morality on others.

What’s wrong with this argument?

First, it does not seem obvious that it is always wrong to impose one's morality on others. For instance, laws against drunk driving, murder, smoking crack, robbery, and child molestation are all intended to impose a particular moral perspective on the free moral agency of others. Such laws are instituted because the acts they are intended to prevent often obstruct the free agency of other persons; for example, a person killed by a drunk driver is prevented from exercising his free agency. 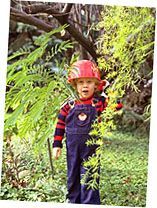 Therefore, a law forbidding abortion would unjustly impose one's morality upon another only if the act of abortion does not limit the free agency of another. That is to say, if the unborn entity is fully human, forbidding abortions would be perfectly just, since abortion, by killing the unborn human, limits the free agency of another. Once again, unless the pro-choice advocate assumes that the unborn are not fully human, his or her argument is not successful.

Although it does not seriously damage their entire position, it is interesting to note that many abortion-rights advocates do not hesitate to impose their moral perspective on others when they call for the use of other people's tax dollars (many of whom do not approve of this use of funds) to help pay for the abortions of poor women.

Some people argue that it is not wise to make a public policy decision in one direction when there is wide diversity of opinion within society. This argument can be outlined in the following way:

In reality, there is not widespread disagreement on the question of whether abortion on demand should be forbidden.

Polls have shown that a great majority of Americans, although supporting a woman's right to an abortion in the rare “hard cases” (such as rape, incest, and severe fetal deformity), do not support the pro-choice position of abortion-on-demand. In other words, they do not agree that abortion should remain legal during the entire nine months of pregnancy for any reason the woman deems fit.[1]

Furthermore, if the “widespread disagreement” premise (a) were true, then the pro-choice advocate would have to admit that the United States Supreme Court decision, Roe v. Wade, was an unjust decision, since the court ruled that the states which make up the United States, whose statutes prior to the ruling disagreed on the abortion issue, must behave uniformly in accordance with the Court's decision. But since the pro-choicer denies that Roe was an unjust decision, he or she must also concede that it is false to hold that “there can never be a just law requiring uniformity of behavior on any issue on which there is widespread disagreement.”

If the “widespread disagreement” premise (a) were true, then much of civil rights legislation, about which there was much disagreement, would be unjust.

If the “widespread disagreement” premise (a) were true, then a favorite pro-choice public policy proposal would also be unjust. Many pro-choicers believe that the federal government should use the tax dollars of the American people to fund the abortions of poor women. There are large numbers of Americans, however (some of whom are pro-choice), who do not want their tax dollars used in this way.

And, if premise (a) were true, then laws forbidding pro-life advocates (e.g., Operation Rescue) from preventing abortions would be unjust. One cannot deny that there is widespread disagreement concerning this issue. But these are the very laws which the pro-choicer supports. Hence, his or her argument is self-refuting.

Author: Francis J. Beckwith. Adapted from a series in Christian Research Journal, Spring 1991. Provided with permission by Summit Ministries and the author. Edited for this publication by Paul S. Taylor, Christian Answers.