Does life begin only when the fetus is viable?

Viability is the time at which the unborn human can live outside her mother's womb. Some have argued that prior to this time, since the unborn cannot survive independent of her mother, she is not a completely independent human life and hence not fully human.

Bioethicist Andrew Varga points out a number of problems with the viability criterion.

First, “how does viability transform the nature of the fetus so that the non-human being then turns into a human being?” That is to say, viability is a measure of the sophistication of our neonatal life-support systems. Humanity remains the same, but viability changes. Viability measures medical technology, not one's humanity.

Second, “is viability not just an extrinsic criterion imposed upon the fetus by some members of society who simply declare that the fetus will be accepted at that moment as a human being?”[1]

In other words, the viability criterion seems to be arbitrary and not applicable to the question of whether the unborn is fully human, since it relates more to the location and dependency of the unborn than to any essential change in her state of being. This criterion only tells us when certain members of our society want to accept the humanity of the unborn.

And third, “the time of viability cannot be determined precisely, and this fact would create great practical problems for those who hold this opinion.” [2]

For example, in 1973, when the Supreme Court legalized abortion, viability was at about twenty-four weeks. But now babies have survived 20 weeks after conception. This, of course, puts the pro-abortionist in a morally difficult situation. For some health care facilities are killing viable babies by abortion in one room while in another room heroically trying to save premature infants (preemies). It seems only logical that if the 21-week-old preemie is fully human, then so is the 28-week-old unborn who can be legally killed by abortion.

This is why philosopher Jane English, who is a moderate on the abortion issue (i.e., her position does not fit well into either the pro-life or pro-choice camp, although she seems closer to the latter), has asserted that…

the similarity of a fetus to a baby is very significant. A fetus one week before birth is so much like a newborn baby in our psychological space that

we cannot allow any cavalier treatment of the former while expecting full sympathy and nurturative support for the latter… An early horror story from New York about nurses who were expected to alternate between caring for six-month premature infants and disposing of viable 24-week aborted fetuses is just that—a horror story.

English writes that “these beings are so much alike that no one can be asked to draw a distinction and treat them so differently.”[3]

Many who defend the viability criterion argue in a circle. Take, for example, Supreme Court Justice Harry Blackmun's use of it in his dissenting opinion in Webster v. Reproductive Health Services (1989):

The viability line reflects the biological facts and truths of fetal development; it marks the threshold moment prior to which a fetus cannot survive separate from the woman and cannot reasonably and objectively be regarded as a subject of rights or interests distinct from, or paramount to, those of the pregnant woman. At the same time, the viability standard takes account of the undeniable fact that as the fetus evolves into its postnatal form, and as it loses its dependence on the uterine environment, the State's interest in the fetus' potential human life, and in fostering a regard for human life in general, becomes compelling.[4] 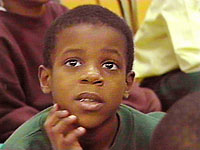 Blackmun first tells us that viability is the time at which the state has interest in protecting potential human life because the fetus has no interests or rights prior to being able to survive outside the womb. But then we are told that viability is the best criterion because it “takes account of the undeniable fact that as the fetus evolves… and loses its dependence on the uterine environment, the State's interest in the fetus' potential human life… becomes compelling.”