Is it better for deformed or handicapped children never to be born? 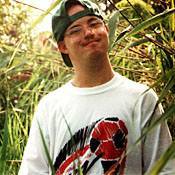 Down's Syndrome, also called Mongoloidism, is one reason babies are killed before birth. Although this man has this condition and has experienced some physical trials, his life overall is outstandingly happy, loving and contented.

Since it is now possible to detect through amniocentesis and other tests whether the unborn entity will turn out to be physically or mentally handicapped,[15] some argue that abortion should remain a choice for women who do not want to take care of such a child.

Another reason cited for advocating the aborting of the defective unborn is that it is better for such children never to be born rather than to live a life burdened with a serious mental or physical handicap. There are several problems with this argument.