Is abortion justifiable when the child is unwanted? Doesn't unwantedness lead to child abuse? 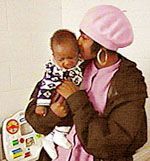 Teenage mother. From the video series “Whatever Happened to America?”

It is argued by many people in the pro-choice movement that legal abortion helps eliminate unwanted children. They believe that unwanted children are indirectly responsible for a great number of family problems, such as child abuse. Hence, if a family can have the “correct” amount of children at the “proper” times, then these family problems will be greatly reduced, if not eliminated.[1]

Once again, we find several serious problems with the pro-choice argument.

Author: Francis J. Beckwith Adapted from a series in Christian Research Journal, Spring 1991. Provided with permission by Summit Ministries and the author.