Is the religion of Secular Humanism being taught in public school classrooms? 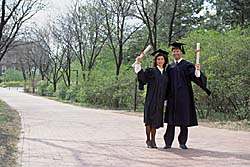 The substantive model generally delimits religion to the range of traditional theism: Judaism, Christianity, Islam, Hinduism and so on. The functional model, in contrast, is more inclusive. By defining religion according to its social function, the functional model treats religion largely as synonymous with such terms as cultural system, belief system, meaning system, moral order, ideology, world view and cosmology.[1]

“Education is thus a most powerful ally of Humanism, and every American public school is a school of Humanism.”

In other words, a functional definition describes religion as "a set of beliefs, actions and emotions, both personal and corporate, organized around the concept of an Ultimate Reality. This Reality may be understood as a unity or a plurality, personal or nonpersonal, divine or not, and so forth, differing from religion to religion."[2] Such a definition clearly encompasses the worldview of Secular Humanism.

U.S. courts have moved from a generally substantive definition of religion (where the religion must affirm a transcendent deity) to a functional definition of religion even including Secular Humanism. For example, in United States v. Kauten (2d Cir. 1943), conscientious objector status was granted to Mathias Kauten, not on the basis of his belief in God, but on the basis of his “religious conscience.” The court concluded: "Conscientious objection may justly be regarded as a response of the individual to an inward mentor, call it conscience or God, that is for many persons at the present time the equivalent of what has always been thought a religious impulse."[3] Thus, the court clearly adopted the functional definition of religion as opposed to a substantive or distinctly theistic one.

Another example of the adoption of a functional understanding of religion occurred in Fellowship of Humanity v. County of Alameda (1957). In this case, the Fellowship of Humanity sought recovery of property taxes because, it argued, its grounds were used for religious worship (though not the worship of a transcendent deity). They were awarded a refund of paid property taxes.[4] In praise of the decision, Paul Blanshard, a signatory of the Humanist Manifesto II, declared that the court's decision regarding the Fellowship of Humanity represented "another victory for those who would interpret the word religion very broadly [viz. to include Secular Humanism]… "[5]

One final example is well-known. In 1961 the Supreme Court handed down the Torcaso v. Watkins decision regarding a Maryland notary public who was disqualified from office because he would not declare a belief in God. The Court ruled in his favor. It argued that theistic religions could not be favored by the Court over non-theistic religions. In fact, in a footnote that clarifies what the Court means by non-theistic religions, we read, "Among religions in this country which do not teach what would generally be considered a belief in the existence of God are Buddhism, Taoism, Ethical Culture, Secular Humanism, and others."[6]

Unfortunately, the Supreme Court has not been consistent in applying its definition of religion to its present interpretation of the First Amendment. If the no-establishment clause of the First Amendment really means that there should be a wall of separation between religion and the state, why are only theistic religions being forced out of the public square specifically Christianity? If Secular Humanism is a religion, something the U.S. Supreme Court has acknowledged and something countless Humanists insist is true[7], why is it allowed in our public schools? As James Davison Hunter says,

To be legally consistent the courts will either have to articulate a constitutional double standard or apply the functional definition of religion to the no establishment clause just as they have to the free exercise [clause]. The latter would mean that secularistic faiths and ideologies would be rigorously prohibited from receiving even indirect support from the state, which needless to say would have enormous implications for public education.[8]

Enormous implications indeed! Even Leo Pfeffer, the Humanist attorney who argued the Torcaso case, declared that Fundamentalists, individually or collectively, have manifested no indication of giving up in their crusade against secular humanism in the public schools. Pfeffer fears that if the Supreme Court upholds its current understanding of religion to include Secular Humanism and orders the teachings of Humanism to be removed from the public schools "the consequences may be no less than the disintegration of our public school system and the end of Horace Mann's dream."[9]

But Humanism remains de facto the established religion of our land, and the public schools are the main vehicle for the promotion of its worldview. As one great Humanist triumphantly declared: Education is thus a most powerful ally of Humanism, and every American public school is a school of Humanism. What can the theistic Sunday-school, meeting for an hour once a week, and teaching only a fraction of the children, do to stem the tide of a five-day program of humanistic teaching?[10]

Author: David A. Noebel, J.F. Baldwin and Kevin Bywater, adapted from their book Clergy in the Classroom: The Religion of Secular Humanism, Summit Ministries.

Copyright © 1996, 1999, Summit Ministries, All Rights Reserved—except as noted on attached “Usage and Copyright” page that grants ChristianAnswers.Net users generous rights for putting this page to work in their homes, personal witnessing, churches and schools.