Were all of America’s Founding Fathers racists, pro-slavery, and hypocrites?

One of the most frequent tactics employed to discredit America's Founding Fathers is to say that the Founding Fathers were all pro-slavery racists and hypocrites. Therefore, why should we care what their views were on any subject? African-American professor Walter Williams wisely explained the use of this tactic in these words:

“Politicians, news media, college professors and leftists of other stripes are selling us lies and propaganda. To lay the groundwork for their increasingly successful attack on our Constitution, they must demean and criticize its authors. As Senator Joe Biden demonstrated during the Clarence Thomas hearings, the framers' ideas about natural law must be trivialized or they must be seen as racists.”

These people paint a false picture of the Founding Fathers and the issue of slavery. The historical fact is that slavery was not the product of, nor was it an evil introduced by the Founders; slavery was introduced in America nearly two centuries before the Founders. In fact, Supreme Court Chief Justice John Jay noted that there had been few serious efforts to dismantle the institution of slavery prior to the Founding Fathers.

The Revolution was a turning point in the national attitude against slavery—and it was the Founders who contributed greatly to that change. In fact, one of the reasons given by Thomas Jefferson for the separation from Great Britain was a desire to rid America of the evil of slavery imposed on them by the British. 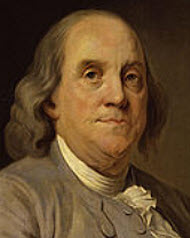 Benjamin Franklin explained that this separation from Britain was necessary since every attempt among the Colonies to end slavery had been thwarted or reversed by the British Crown. In fact, in the years following America's separation from Great Britain, many of the Founding Fathers who had owned slaves released them (e.g., John Dickinson, Ceasar Rodney, William Livingston, George Washington, George Wythe, John Randolph, and others).

It is true, however, that not all of the Founders from the South opposed slavery. According to the testimony of Thomas Jefferson, John Rutledge, and James Madison, those from North Carolina, South Carolina, and Georgia favored slavery.

Nevertheless, despite the support in those states for slavery, the clear majority of the Founders was opposed to this evil—and their support went beyond words.

For example, in 1774, Benjamin Franklin and Benjamin Rush founded America's first antislavery society; John Jay was president of a similar society in New York. When Constitution signer William Livingston heard of the New York society, he, as Governor of New Jersey, wrote them, offering:

“I would most ardently wish to become a member of it [the society in New York] and… I can safely promise them that neither my tongue, nor my pen, nor purse shall be wanting to promote the abolition of what to me appears so inconsistent with humanity and Christianity… May the great and the equal Father of the human race, who has expressly declared His abhorrence of oppression, and that He is no respecter of persons, succeed a design so laudably calculated to undo the heavy burdens, to let the oppressed go free, and to break every yoke.”

In fact, based in part on the efforts of these Founders, Pennsylvania and Massachusetts abolished slavery in 1780; Connecticut and Rhode Island did so in 1784; New Hampshire in 1792; Vermont in 1793; New York in 1799; and New Jersey in 1804. Furthermore, the reason that the states of Ohio, Indiana, Illinois, Michigan, Wisconsin, and Iowa all prohibited slavery was a federal act authored by Rufus King (signer of the Constitution) and signed into law by President George Washington which prohibited slavery in those territories.

It is not surprising that Washington would sign such a law, for it was he who had declared:

“I can only say that there is not a man living who wishes more sincerely than I do to see a plan adopted for the abolition of it [slavery].”
—George Washington 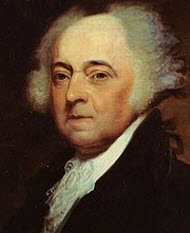 “[M]y opinion against it [slavery] has always been known… [N]ever in my life did I own a slave.”
—John Adams, Signer of the Declaration of Independence and U.S. President. The Works of John Adams, Second President of the United States (Boston: Little, Brown, and Company, 1854), vol IX pp. 92-93. In a letter to George Churchman and Jacob Lindley on January 24, 1801.

“[W]hy keep alive the question of slavery? It is admitted by all to be a great evil.”
—Charles Carroll, Signer of the Declaration of Independence. Kate Mason Rowland, Life and Correspondence of Charles Carroll of Carrollton (New York and London: G.P. Putnam's Sons, 1898), Vol. II, pg. 231.

“As Congress is now to legislate for our extensive territory lately acquired, I pray to Heaven that they …[c]urse not the inhabitants of those regions, and of the United States in general, with a permission to introduce bondage [slavery].”
—John Dickinson, Signer of the Constitution and Governor of Pennsylvania. Charles J. Stille, The Life and Times of John Dickinson (Philadelphia: J.B. Lippincott Company, 1898) p. 324.

“That men should pray and fight for their own freedom and yet keep others in slavery is certainly acting a very inconsistent as well as unjust and perhaps impious part.”
—John Jay, President of Continental Congress, Chief-Justice of the U.S. Supreme Court, and Governor of New York. Correspondence and Public Papers of John Jay, Henry P. Johnston, editor (New York and London: G.P. Putnam's Sons, 1891), Vol. III, pp. 168-169. In a letter to Dr. Richard Price on Sep. 27, 1785.

“Christianity, by introducing into Europe the truest principles of humanity, universal benevolence, and brotherly love, had happily abolished civil slavery. Let us who profess the same religion practice its precepts… by agreeing to this duty.”
—Richard Henry Lee, President of Continental Congress and Signer of the Declaration of Independence. Memoir of the Life of Richard Henry Lee and His Correspondence With the Most Distinguised Men in America and Europe (Philadelphia: H.C. Carey and I. Lea, 1825), Vol. I, pp. 17-19. The first speech of Richard Henry Lee in the House of Burgesses.

“[I]t ought to be considered that national crimes can only be and frequently are punished in this world by national punishments; and that the continuance of the slave trade, and thus giving it a national sanction and encouragement, ought to be considered as justly exposing us to the displeasure and vengeance of Him who is equally Lord of all and who views with equal eye the poor African slave and his American master.”
—Luther Martin, Constitutional Convention Delegate. James Madison, The Records of the Federal Convention, Max Farrand, editor (New Haven: Yale University Press, 1911), Vol. III, pg. 211.

“Domestic slavery is repugnant to the principles of Christianity… It is rebellion against the authority of a common Father. It is a practical denial of the extent and efficacy of the death of a common Savior. It is an usurpation of the prerogative of the great Sovereign of the universe who has solemnly claimed an exclusive property in the souls of men.”
—Benjamin Rush, Signer of the Declaration of Independence. Minutes of the Proceedings of a Convention of Delegates From the Abolition Societies Established in Different Parts of the United States, Assembled at Philadelphia, on the First Day of January, One Thousand Seven Hundred and Ninety-Four… (Philadelphia: Zachariah Poulson, 1794), p. 24. “To the Citizens of the United States.”

“Slavery, or an absolute and unlimited power in the master over life and fortune of the slave, is unauthorized by the common law… The reasons which we sometimes see assigned for the origin and the continuance of slavery appear, when examined to the bottom, to be built upon a false foundation. In the enjoyment of their persons and of their property, the common law protects all.”
—James Wilson, Signer of the Constitution and U.S. Supreme Court Justice. James Wilson, The Works of James Wilson, Robert Green McCloskey, editor (Cambridge, MA: Harvard University Press, 1967), Vol. II, pg. 605.

“It is certainly unlawful to make inroads upon others… and take away their liberty by no better right than superior force.”
—John Witherspoon, Signer of the Declaration of Independence. The Works of John Witherspoon (Edinburgh: J. Ogle, 1815), p. 81, “Lectures on Moral Philosophy.”

Numerous similar quotes could be cited.

Yet despite the progress made by many of the Founders to end the institution of slavery and to recognize in practice that “all men are created equal,” it is currently charged that in the Constitution, the Founders considered a black to be only three-fifths of a person. This charge is yet another misportrayal of the truth.

The records of the Constitutional Convention make clear that the three-fifths clause was actually an antislavery provision. As Professor Walter Williams explains:

“It was slavery's opponents who succeeded in restricting the political power of the South by allowing them to count only three-fifths of their slave population in determining the number of congressional representatives. The three-fifths of a vote provision applied only to slaves, not to free blacks in either the North or South.” (emphasis added)

The three-fifths clause was not a measurement of human worth; it was an attempt to reduce the number of pro-slavery proponents in Congress. By including only three-fifths of the total numbers of slaves into the congressional calculations, Southern states were actually being denied additional pro-slavery representatives in Congress.

While there were a few Founding Fathers who were pro-slavery, the truth is that it was the Founders who were responsible for planting and nurturing the first seeds for the recognition of black equality and for the eventual end of slavery. This is a fact made clear by Richard Allen. 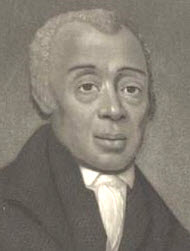 Allen had been a slave in Pennsylvania, but was freed after he converted his master to Christianity. A close friend of Benjamin Rush and several other Founding Fathers, he went on to become the founder of the A.M.E. Church in America. In an early address entitled “To the People of Color,” Allen reminded them:

“Many of the white people [who] have been instruments in the hands of God for our good, even such as have held us in captivity, are now pleading our cause with earnestness and zeal.”
-Richard Allen

If this view of the Founding Fathers and many of their names were new to you, there is a solution to help acquaint you with many of them. Wallbuilders has reprinted an 1848 book entitled Lives of the Signers of the Declaration of Independence. This work, long used as a school text, gives a brief and informative biographical sketch of each of the fifty-six men who signed the Declaration of Independence.

Author: David Barton of WallBuilders. Provided by Films for Christ.

Copyright © 1995, 1999, WallBuilders, Inc., All Rights Reserved—except as noted on attached “Usage and Copyright” page that grants ChristianAnswers.Net users generous rights for putting this page to work in their homes, personal witnessing, churches and schools.