for violence and language 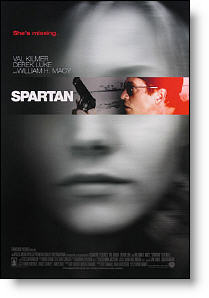 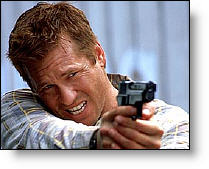 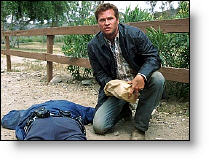 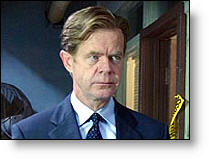 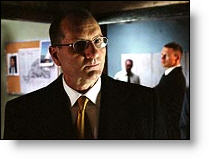 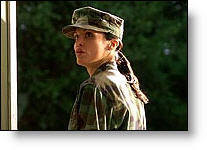 Here’s what the distributor says about their film: Robert Scott (Val Kilmer) is a career military officer working in a highly secretive special operations force. A man hardened by years of brutal service, he is respected by his peers and elders in the world of espionage. When Scott is recruited to find Laura Newton (Kristen Bell), the daughter of a high-ranking government official, he is paired with novice Curtis (Derek Luke), who becomes his protégé. Working with a special task force comprised of Presidential Advisors, the Secret Service, FBI and CIA, Scott and Derek stumble upon a white slavery ring, which may have some connection to Laura’s disappearance.

As the story unfolds, the straightforward search-and-rescue mission becomes complicated by the political ambitions of those in high places—like Stoddard (William H. Macy), a political operative who may know more than he’s telling about the clandestine circumstances surrounding Laura’s abduction. Scott and Curtis are at the brink of tracking Laura’s whereabouts when the mission comes to an abrupt conclusion, with the media issuing reports of the girl’s death. Scott returns to the quiet life of landowner in a rural location and awaits his next assignment in relative peace. But Curtis can’t rest. In his naiveté, he seeks out Scott to confide his belief that Laura is in fact alive. If she is, their continued unofficial investigation will put them as well as Laura at the center of a dangerous conspiracy that reaches the highest levels.

I won’t rehash the synopsis written by the Producer (above). There are enough teasers and twists in the plot line to keep things VERY interesting and make a summary any more inclusive a chance to spoil the movie.

This movie is well seated in the “R” category, with language and violence being the reasons given by the MPA rating. But from a Christian perspective, one must add in the sexuality and suggestive themes used in the movie as well. The movie is very well behaved for an “R” in terms of sexuality, using only (sometimes strong) suggestions to get the point across. As an example, a woman offers herself to Robert Scott (played by Val Kilmer), but we only see her back as she doffs her shirt trying to tempt him; he declines the offer and that is that. The use of sexuality is there, but more tastefully done like a mainstream 1970s movie instead of a feast for the camera.

As a military movie, one might expect salty language and the viewer will not be disappointed. Numerous verb forms of various expletives, including at least 30 f-words. God’s name is used in vain—“Oh my G*d” twice, “J*sus” once, and “Oh G*d” and “Oh J*sus” once.

Again, a military action movie is going to have violence by its very nature. To be sure, there is plenty in this yarn, but it is carried out well and not at all offered up as the reason to see the flick. There is actually writing and directing going on while you eat your popcorn.

Moral issues abound in this as well, with various characters seeking to feather personal nests rather than doing what man is called to do by honor, glory or the Bible. It is this strife of fallen man (portrayed through the use of political figures) that brings this point home. The driver for all the reasons the characters find themselves in the situations they are in are due to loose morals actively played out off-screen. Any parallels to the previous presidential administration are purely, um, parallel.

Several characters in the movie seek their own reward, their counsel and handlers then seek to clean up the mess. A few honest men and women in the midst of the aftermath try to do the right thing, but all get hurt in the process of the numerous sins committed.

From a spiritual sense, this is a very sad, very depressing movie. Those dealing dirt to each other are not punished; those acting honorably pay the price—sounds like a familiar story that happened 2,000 years ago. The difference is this one is made up in Hollywood, the real one was created in Paradise.

I went in to this movie not knowing quiet what to expect—I thought Val Kilmer was actually wooden in “Batman,” a little out of touch with his role in The Saint. But I’m going to cut to the chase on this one—this is one of the best movies I have ever seen in this genre, bar none. It is extremely fast paced, has you gripping your seat during most of the movie, is spiced with points of humor so as not to take itself too seriously and leaves you with a message that to find truth you had best not look to man alone.

The film will probably not do as well in the box office as it might as it is playing in what I would call limited release (I had to hunt pretty hard to find a theater that was playing this movie ). This is a shame, for this is a solid piece of theater. An engaging story line, based upon recent history with enough twists and turns to make it a very worthwhile ride.

Warning time—this is definitely an “R” rated movie—don’t take your 14 year old and be surprised. This movie is for mature adults, ones who can sort through the drivers of man’s selfish behavior packaged in a military format. You won’t leave the theater singing “It’s a Small World” and if you think about the story you’ve seen, you might ache for the Savior’s return a little harder. There are people in this world that are NOT nice and to get after them, hunt them down and punish them takes a not nice approach. Nonetheless, for those with a taste for intrigue, suspense, action and a time to think this movie gets the apple and the “A” for well done.