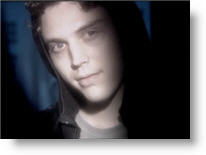 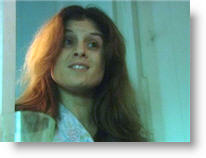 Here’s what the distributor says about their film: “Teenager Sarah Jenkins’ fascination with Saint Joan of Arc (the ‘Virgin Maid’) and her gift of hearing divine voices has made her a target of ridicule at school and home. One friend did understand and pledged her his love but had to leave mysteriously. Sara has waited 5 years for his return, but now the voices have grown louder and her situation is being tested in supernatural terms of good and evil.

Sarah is nicknamed ‘Virg’ for her commitment to save herself for her first love. When a journalism student for the school newspaper expresses interest in Sarah, she confronts long-suppressed desires and begins to question her vow. This does not go unnoticed by the other students, facilitating a crisis that could destroy not only them but the entire school.

The lead role in the film is played by Sara Simmonds, one of Hollywood’s up-and-coming young actresses who made her feature film debut in the independent release “Sexless.” Jake McDorman plays opposite her as Dave, the infatuated investigative reporter who falls for Sarah as he tries to unravel the mystery surrounding her.”