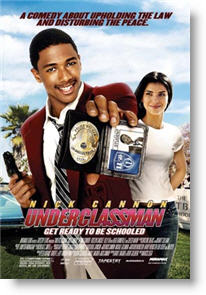 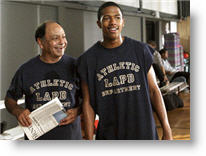 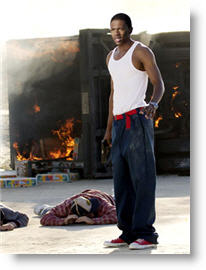 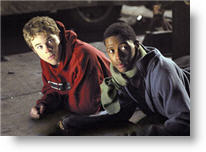 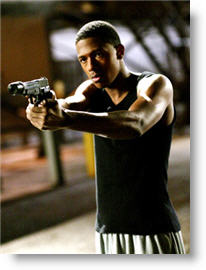 A comedy about upholding the law and disturbing the peace.

Here’s what the distributor says about their film: “Nick Cannon plays Tracy ‘Tre’ Stokes, a streetwise LA cop in ‘Underclassman’ which combines frenetic action with sharp-eared comedy. When a student at an elite private school gets murdered, the rough-edged rookie, Stokes gets assigned as the undercover detective to track down the killer. The resulting culture shock is only one of his difficulties. The ever-resourceful Stokes resorts to using his unique blend of sharkish good cheer and rakish charm to woo his beautiful teacher Karen Lopez (Roselyn Sanchez) to help him pass Spanish and his arrogant athletic prowess to make the school streetball team.

Once Stokes gets ‘in’ with the edgy team captain and lead suspect Rob Donovan (Shawn Ashmore) he discovers that Donovan is being coerced into participating in a student car theft operation. Using his talent for hunches, Stokes wastes no time employing unorthodox methods of investigation. Although disapproving of Stokes behavior, Captain Victor Delgado (Cheech Marin) is worried for his safety and assigns two of his detectives as back up—Detective Lisa Brooks (Kelly Hu) and Richard Gallecki (Ian Gomez) to keep an eye on him. With their help, Stokes is able to track down the killer, Headmaster Powers (Hugh Bonneville) who turns out to be trading the stolen cars as payment for drugs.”

Neutral—…a very funny movie. We laughed all the way through it. The language is more then we wanted to hear. There was at least 20 cuss words. The A**, B****, H*** words was used many times. Violence wasn’t that bad. There is a part where the kids are at a party getting drunk and dancing. We would of rated this PG-13 for language.
My Ratings: Average/4½

Chicago Sun-Times, Roger Ebert
…is like a student project sloppily cribbed from other kids’ notes—kids who have seen “Rush Hour” and still can’t get over how funny it is to stick a noisy black guy in a distinctly nonblack setting…

Associated Press, Christy Lemire
…the whiny actor and his temper tantrum of a performance will be giving everyone a dose of whiplash…