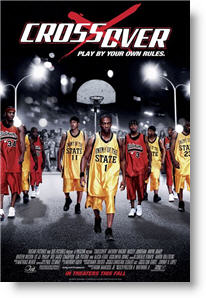 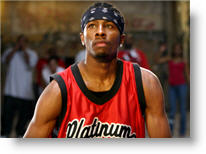 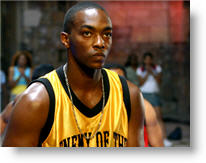 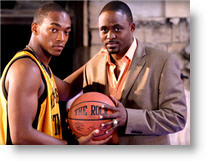 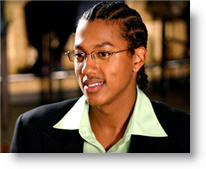 “Play by your own rules.”

Here’s what the distributor says about their film: “The clock strikes midnight, the ball hits the floor, the word has spread and the converted rail station is alive with basketball. They don’t play for a school and they don’t cheer for a pro team. They play for the street and it’s underground…. way underground. Crossover is an… urban drama set against the thrilling world of streetball. The story follows two young hopefuls, Tech (Anthony Mackie) and Cruise (Wesley Jonathan), who must bring every move they have to the floor to unseat the reigning champions from the throne they have held for far too long.

There are no rules. Only the respect that comes with winning.

A naturally talented basketball player, Noah Cruise is determined to become a doctor using his basketball scholarship to UCLA pre-med, rather than succumb to the lure of former sports agent Vaughn and go for the NBA. His best friend, who took the fall for him and did time for an assault charge, Tech, also an outstanding basketball player, has less lofty ambitions: he wants to get his GED and win an underground street ball game against his arrogant rival, Jewelz. Their lives change drastically when they fall in love with two local girls and take a fateful trip to L.A. together.”

E! Online, Luke Y. Thompson
…the film seems to move in slow motion. …has a wonderful message about making smart life choices, but the story shuffles among too many subjects—sports, romance, friendship—to let audiences hear it clearly. …

Boston Globe, Ty Burr
…a glimpse of a fascinating basketball subculture that loses its game in a slight, stale story…

Atlanta Journal-Constitution, Bob Townsend
…all flash and no fundamentals…

Associated Press, as published in The Dallas Morning News