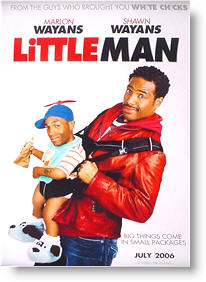 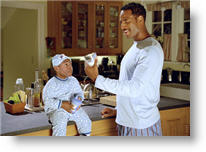 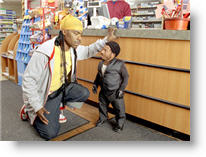 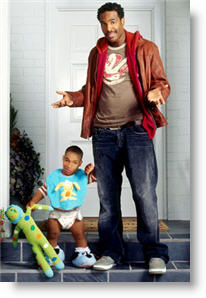 A small man in the Bible

Here’s what the distributor says about their film: “Shawn Wayans plays a man so anxious to become a father that he mistakes a short-statured, baby-faced thief on the run, played by Marlon Wayans, for an abandoned toddler. He and his wife, played by Kerry Washington, take the ‘baby’ into their home and care for him. The ‘baby’s’ partner-in-crime in a jewelry store heist, played by Tracy Morgan, tries to break him out and recover a stolen diamond.”

Positive—This movie was terrific!!! Appropriate for (some) kids. Very funny; it did have some language though, but overall it was very good.
My Ratings: Excellent! / 5

Mike, age 37
Negative
Negative—I can’t believe I watched the whole movie. I didn’t want to waste my movie, so I kept listening, but felt awful the whole time. I was really being convicted of leaving. I still feel awful for listening to that movie. Worst movie, no one under 21 should see this.
My Ratings: Extremely Offensive / 1

Kattie, age 21
Comments from young people
Negative—This movie is very inappropriate. There are a lot of sexual comments and things in there that just don’t need to be in a movie!!
My Ratings: Extremely Offensive / 4

Gabriella Westcott, age 13
Negative—This movie was innappropiate for kids and some teens; while I was watching the movie, I was hoping it would get better, it didn’t. I thought “Little Man” was a sick movie. Especially when the character kissed the older woman, for about five to ten seconds. It was gross.
My Ratings: Very Offensive / 2½