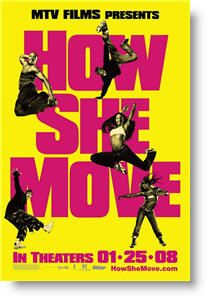 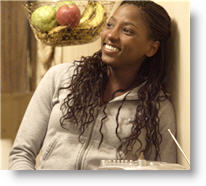 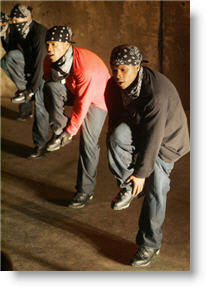 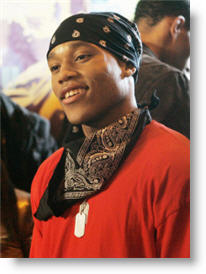 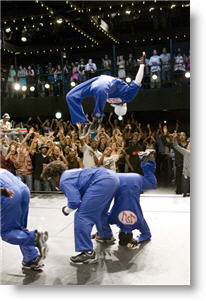 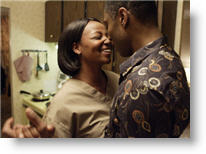 “Set your dreams in motion.”

Here’s what the distributor says about their film: “A gifted student, Raya Green, is forced to leave her prestigious private school and return to her old neighbourhood when her parents can no longer afford her tuition, following the tragic death of her sister. Determined to return to her private school, Seaton, Raya endures life at the local high school, suffering the bitterness of her old friend Michelle and her crew and soon finds herself drawn back into a world she knows well—the world of Step dancing. When Raya realizes she could win some serious prize money (and her ticket back to Seaton) at a fierce Step competition, she convinces the charismatic Bishop to let her join his crew, the Jane Street Junta. As she gets caught up in her desire to win and to escape, Raya struggles with the loss of her sister, her parents pressure on her to succeed, and most of all with herself.”

Movie Critics
…a weak movie about a street-style dance called step dancing, groans with inauthenticity. … The exciting routines are the only interesting things in ‘How She Move’. …

Jason McBride, The Globe and Mail
…The dance-driven ‘How She Move’ puts a kinetic, fresh face on some familiar plot elements—and the filmmakers showcase the steps, not the edits. … The film generates goodwill the old-fashioned way: It earns it.

Michael Phillips, Los Angeles Times
…the dreary, familiar tale unspools in painfully static fashion. If there's a glimmer of imagination here, it's not visible in the finished product. … all the dance numbers run together in a fuzzy, mind-numbing blur. …

Randy Cordova, The Arizona Republic
…God's name is misused a few times. … a step dance movie must have a story. And that part of ‘How She Move’ doesn't quite sparkle the way some of the stepping does. …