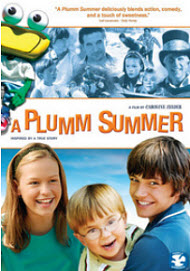 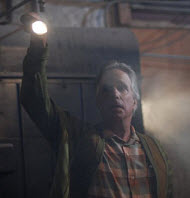 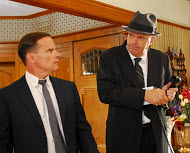 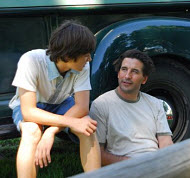 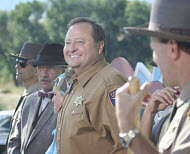 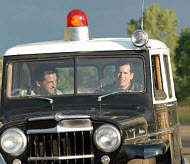 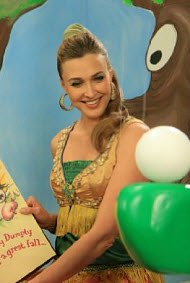 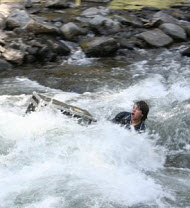 “When the most popular frog on TV goes missing, two brothers go on the adventure of a lifetime to find him.”

Here’s what the distributor says about their film: “Based on a true story

David Brinkley, on the Huntley-Brinkley Report in 1966: “Just as coast-to-coast networks threaten to make local children’s programming a thing of the past, we get this report from Billings, Montana. Froggy Doo has been kidnapped. That’s right folks, Froggy Doo, local TV legend and certified puppet, disappeared during a live show in front of hundreds of young fans. And if that’s not strange enough, J. Edgar Hoover himself has sent two agents to Montana to investigate the disappearance of Billing’s favorite frog. I kid you not.”

Froggy Doo, the wisecracking marionette operated and voiced by Happy Herb, is loved by all the kids—all the kids except young Elliott. Elliott (12) has outgrown the show and no longer believes in Froggy Doo; in fact, he doesn’t believe in much of anything anymore, least of all himself, which causes a considerable amount of tension between him and his six year-old brother Rocky, who believes in everything—especially Froggy Doo.

What’s real for Elliott is the anxiety he feels at home. His father, Mick, an ex-boxer, treats his oldest son as though he’s invisible, and secretly blames the boy for his not going to the Olympics twelve years ago. His mother, Roxie, loves him dearly, but is so busy trying to keep the bills paid, her husband sober, and her marriage together that she doesn’t have much time left for her firstborn son.

Initially, Elliott has no interest in the Frog-napping, but when a Houseboat floats down the river carrying young Ariel, (a new neighbor, junior sleuth, and Trixie Belden fan), everything changes. Soon, Elliott, Ariel, and Rocky band together and embark on a mission to find Froggy Doo. And what starts out as a lark for Elliott becomes increasingly essential as the stakes for him rise dramatically: If he can crack the case before the FBI does, he could win the heart of the girl he’s falling for, bond with his little brother, give his mother the reward money (saving the family home), and maybe, just maybe… earn his father’s love.

But the journey is never what we expect, and by the end of the road, everyone has learned a lot more than just who kidnapped Froggy Doo.”