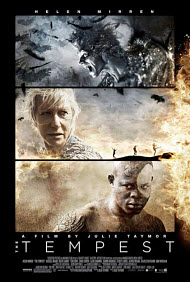 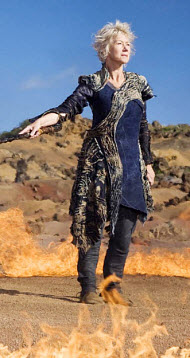 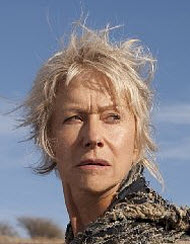 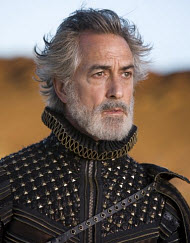 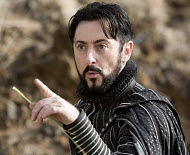 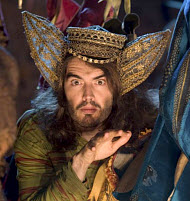 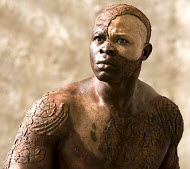 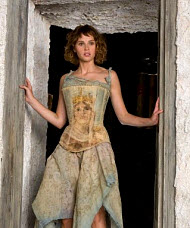 Here’s what the distributor says about their film: “In Julie Taymor’s version of ‘The Tempest,’ the gender of Prospero has been switched to female (Prospera). Going back to the 16th or 17th century, women practicing the magical arts of alchemy were often convicted of witchcraft. In Taymor’s version, Prospera is usurped by her brother and sent off with her four-year daughter on a ship. She ends up on an island; it’s a tabula rasa: no society, so the mother figure becomes a father figure to Miranda. This leads to the power struggle and balance between Caliban and Prospera; a struggle not about brawn, but about intellect.

Shakespeare’s play mixes romance with fraternal politics and the supernatural. As revised for the screen, it centers around Prospera, her daughter Miranda (Jones) and a shipwrecked crew full of Prospera’s enemies. The island’s other inhabitants include Hounsou as the deformed slave Caliban and Wishaw as the airy spirit Ariel.

On the ship are rising comedy star Brand, playing Trinculo, a jester; David Strathairn, as Alonso, the King of Naples; and Molina as the drunken butler Stephano. Tom Conti plays Gonzalo, a royal adviser and old ally of Prospera’s.”

Movie Critics
“…As if it were not disappointing enough to produce an intellectually undernourished version of Shakespeare’s late romance, helmer Julie Taymor has gone one better by crafting a ‘Tempest’ so kitschy, yet curiously drab and banal, that even supporters may hope she’ll break her staff and drown her book. …”

Leslie Felperin, Variety
“…It is, by turns, a great and awful film. …”

Matt Stevens, E!
“…Winds of change for sake of change… The best sequences in ‘Tempest’ are all quiet, not that there are many of them. …lacks the go-for-broke lunacy of the best gonzo Shakespeare…”

Ty Burr, The Boston Globe
“…theatrically ambitious, musically busy, and in the end cinematically inert…” [B-]

Lisa Schwarzbaumm, Entertainment Weekly
“…In this noisy, stormy adaptation, an energetic and for the most part excellent cast marshals considerable resources of wit, discipline and timing in a struggle against the hectic inventiveness that is, characteristically for Ms. Taymor, either the vehicle for interesting theatrical ideas or a sign of their absence. …”