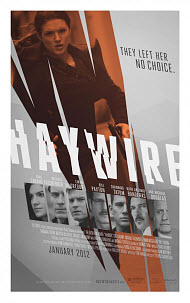 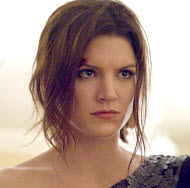 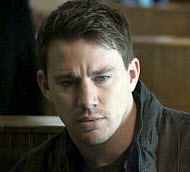 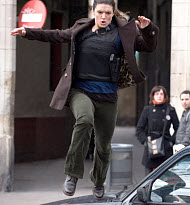 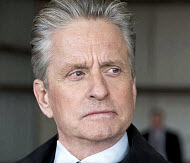 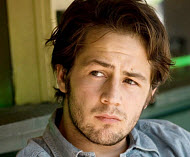 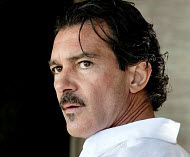 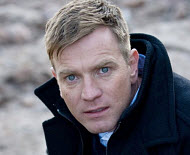 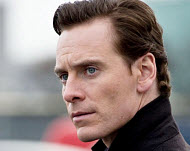 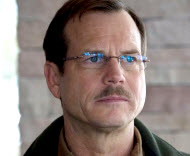 About spies in the Bible

About lies and betrayal

“They left her no choice.”

First things first: “Haywire” is NOT an erratic, shaky camera, edge-of-your-seat high violence thriller, as the market tends to interpret the film. One who goes in expecting that will be thoroughly disappointed, as evidenced by an audience member next me in the theater who fell asleep, snoring halfway into the movie. I overheard another patron saying (warning: minor, minor spoiler), “Why didn’t Michael Douglas die?” Going into the film well-versed in cinema and equipped with a minor knowledge of the other films of Steven Soderbergh (more on that later) will help you to really understand and enjoy this film.

“Haywire” follows freelance covert ops agent Mallory Kane. Kane is hired by her handlers to perform various assignments that are “unauthorized” by the U.S. government. The story centers around a hostage rescue mission in Barcelona that, for all intents and purposes, goes according to plan. Reluctantly, Mallory accepts another job, just weeks after the Barcelona mission, that whisks her away to Dublin. This effortless mission quickly goes awry, leading Mallory to discover that the she has been double-crossed by the very people she works for. Mallory is thrust into a personal vendetta to bring justice to those who betrayed her.

What I have to stress, again, is that “Haywire” is a slow burn of an action film. The story unfolds at a steady pace that never really crescendos, but rather just seems to simply flow on. I went in to this film expecting exactly the kind of film that Soderberg makes, and that is what “Haywire” is. Soderberg brings realism to incredible situations. For example, consider his recent foray earlier this year, “Contagion.” Reactions were critically positive, but audiences seemed mixed. The dire nature of that film was mixed with what was a realistic portrayal of how humanity would deal with an outbreak of that nature. “Haywire” provides an odd sense of “this could actually happen” to an over-the-top story. That is brought out in the action of the film. The brief chase scenes are shot front-and-center with Mallory and are lingering—bringing the intensity of the character directly to the audience, instead of huge explosions, fast cars, and shaking cams that add manufactured thrills.

Another item of importance is the R-rating. To put it plainly, I have seen many films at a PG-13 rating that have considerably more objectionable content than “Haywire.” Before seeing the film, I read multiple previews stating the brutality of the violence, which is fairly gritty, but not anything worse than a PG-13 film. One scene involves a character being shot in the head, but there is little blood, and the wound, or any graphic depiction of the body afterwards, is nonexistent. I saw the fight scenes as heavily choreographed and stylized, which took away some of that gritty realism that was so touted in previews. Still, I would not recommend kids or young teens see this film, despite the shocking amount of children at the screening I attended.

Further objectionable content: *** SPOILERS AHEAD*** The opening scene shows Mallory and a former partner fighting in a diner where coffee is thrown in her face, and she is thrown on the floor. Mallory is slammed into a counter and retaliates by kicking her partner in the crotch and breaking his arm. Mallory enters the house where a hostage threw explosives and chases a guy down after shots are fired on her. She attacks the man with punches, kicks, etc. And slams a metal door down on him ending the fight, not killing the man. Mallory discovers the hostage later dead. Mallory’s partner in Dublin hits her in the head from behind, which leads a gritty fight throughout the hotel room, leading to the partner being strangled. Eventually, she puts a pillow over his face and shoots him in the head. Mallory attacks two SWAT team members pursuing her, leaving them unconscious. Bad guys show up and shoot several cops dead, with Mallory shooting and killing one and shooting at another who fires a machine gun back at her and vehicle she escapes in. A gunshot is heard off-screen later and we see a dead assailant on the floor of a garage, with a pool of blood beside him and more blood on the vehicle. One character betrays another, shooting him in the stomach, eventually killing him. Mallory attacks her employer on a beach, punching and kicking leading him to get his leg stuck between rocks. Mallory leaves him there as tide comes in. Blood is seen from a gunshot wound on Mallory’s arm, when a character is shot in the stomach and minor blood at the end when Mallory fights her employer.

Regarding profanity, there are 2 uses of “Jesus Christ” and 1 use of “God,” plus 1 f-word and 6 s-words. Sexual content is fairly mild, in that any sexual situation is implied, and no acts are actually depicted. One instance refers to Mallory in a previous relationship, but no sexual implications are talked about. Secondly, Mallory and her partner kiss, and Mallory undoes her partner’s belt, but the scene cuts away. Additionally, beer and wine are drunk in multiple scenes.

One could say that Mallory’s desire for revenge is not unwarranted. She was wrongly betrayed and found her life threatened by those she had previously trusted. Her determined and angry quest to punish those who had wronged her is understandable. Her situation is reflective of Samson’s anger in Judges. Specifically, Judges 15:6-8 tells of Samson’s quest for revenge: “Samson said to them, ‘Since you’ve acted like this, I swear that I won’t stop until I get my revenge on you.’ He attacked them viciously and slaughtered many of them.” However, it was not Samson’s place nor Mallory’s to seek revenge, especially to kill in the name of revenge. Rather, it is God’s. Romans 12:19 says specifically, “Do not take revenge, my friends, but leave room for God’s wrath, for it is written: ‘It is mine to avenge; I will repay, ’ says the Lord.” Rather, as Christians, we are called to love. Everything else is best left in God’s hands.

In the end, “Haywire” is going to meet the needs of those who know what they are expecting. If you are looking for a character-driven, semi-realistic, evenly paced action movie, you will not be disappointed. If you are wanting something like “Mission: Impossible” or “The Bourne Identity,” it would be best to spend your money elsewhere.

Neutral
Neutral—This movie was very intriguiging at first, even though I didn’t know what in the world was going on. By the end, I still wasn’t entirely sure. I liked that the main character was played by an actual mixed martial arts expert… though the violence did get fairly cringe-worthy at times. Overall, I thought it was pretty dismissable. I think I would have liked it better if it showed more of the relationship between the main character and her father… and also if Michael Angarano’s role was moved up from minor to major. His character was refreshing, after watching all these contracted killers beat each other to a bloody pulp.
My Ratings: Moral rating: Better than Average / Moviemaking quality: 4½

Kadie Jo, age 19 (USA)
Negative
Negative—I was not impressed with this movie, and would recommend waiting until it comes out on DVD, and then not renting it. …
My Ratings: Moral rating: Average / Moviemaking quality: 3½