for intense action, violence and mayhem throughout, some rude gestures and language. 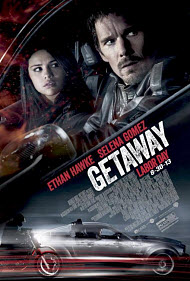 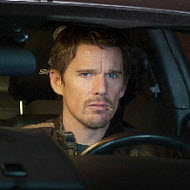 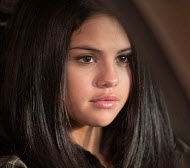 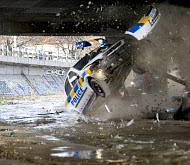 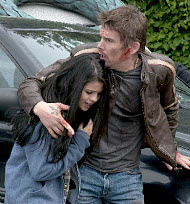 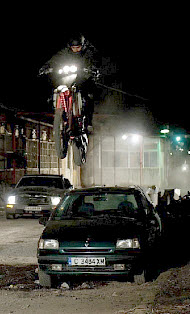 husband attempts to save his wife from great danger

Brent Magna is just your average guy, who happens to have a past as a really experienced race-car driver with a criminal history. One night, Brent walks into his home to find his wife missing and a call coming from a cell phone on the floor. The voice on the phone instructs him to perform a series of particular tasks for the abductor, if he ever wishes to see his wife alive again. But wait, there’s more. While performing one of the tasks, The Kid (Selena Gomez) taps on his window and tells him to give her back her car she had received from her dad. Refusing to relinquish the car and being instructed not to let The Kid out of the car, Brent and The Kid go on a perilous adventure to save Brent’s wife before time runs out.

I’m an avid movie attender. As such, I am always curious about other critics’ takes on certain films. A couple of months ago, however, I was reading a thought from another movie critic about this summer’s films. He talked about how this summer directors have been “throwing movies to the wall (the audience) and hoping they stick.” Let’s be honest. This summer has not been great in terms of high-quality, well-developed, I-can’t-wait-to-see-it-again movies (granted, there are always exceptions).

Why do I say this? Because, unfortunately, that’s where “Getaway” stands in my eyes—a movie that is safe, familiar, but poorly developed. For action seekers, this movie will give you all the thrill you need in as little as an hour and a half, as there is literally non stop car-chases from start to finish. I am not against these, as I am all for chaos and destruction in a movie (within reason). However, if you are going to make a film action based, then the camera work and the amount of action you put in the film have to be right, and “Getaway” does not meet that criteria. The camera work is frequently shaky quite and, as others have pointed out, nauseating at times; the camera films action sequences from five or six different angles in and outside the car—switching between the different angles every ten seconds. I can understand what the director was trying to accomplish by doing this in hopes of getting audience members the “close-up” shots they want to see. Sadly, though, it just doesn’t work for this film.

I will say though that the acting is decent. While the performances from Selena Gomez and Ethan Hawke may not be considered Oscar® level, I will say that, with what they are given, they did a pretty good job. Selena Gomez has gone in a different direction since her release from Disney, making an interesting bad-girl character. Still, I did wish for some more character development from “Getaway.” When the movie ended I didn’t quite understand who these characters really were (there is a scene where we learn about them, but it is so fast that I missed it). The story (to some extent) is also pretty decent. It’s not the most complicated plot you will come across, but there are some genuine twists towards the end.

Violence: Heavy. “Getaway” is a heavy, action driven film, full of destruction, car chases, explosions, and more car crashes (and I do mean A LOT of car chases and crashes). Brent also drives the car through a park, destroying stuff in his path, almost running over people. In addition, a couple of characters are shot, and Mantra’s wife is thrown against the glass mirror in her apartment at the beginning.

Profanity: Heavy. Selena’s character, The Kid, provides most of the profanity in this film, which kind of surprised me. In total, there are thirty-two instances of sh*t, five instances of h*ll, two of a*ss, eight instances of a**-hole, four of the word d**n (including one form of d**n-it), four times God’s name is taken in vain (three of them in the form of O.M.G.), Jesus’ name is also taken in vain three time. The Kid gives an obscene gesture to a driver while stopped at an intersection (this gesture is held for a length of time and very noticeable). Other profanity includes the words “screwed” (3x), “scheizer,” a reference made by Brent concerning The Kid having A.D.D., and The Kid mockingly praying to God to get her through the nightmare she is enduring.

There is no sex or nudity in this film.

Themes of bravery and courage can certainly been seen from the main characters. Other than those themes, I could not find anything redeemable.

As I said, this summer has been cruel to Hollywood. Perhaps directors and producers will learn from their audience members where to spend their money. I don’t recommend “Getaway” to Christians, by any means. It’s not so much the violence and profanity that deter me from recommending this film, as it is its poor filmmaking quality. Please save your money. Parents and teens are better off finding something else to do or watch to end the summer.