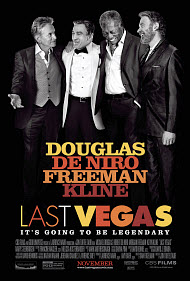 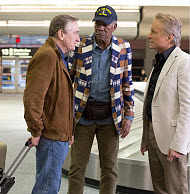 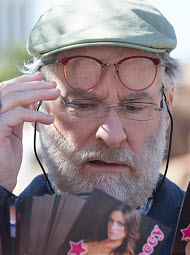 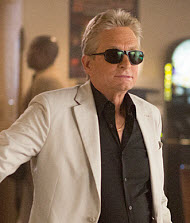 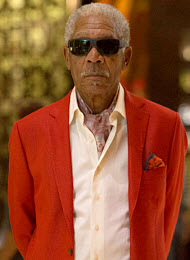 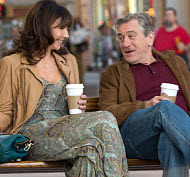 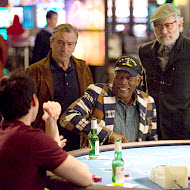 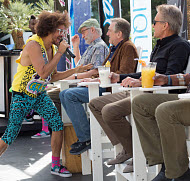 Here’s what the distributor says about their film: “Starring four legends like you've never seen them before, ‘Last Vegas’ tells the story of Billy, Paddy, Archie and Sam (played by Academy-Award winners Michael Douglas, Robert De Niro, Morgan Freeman and Kevin Kline), best friends since childhood. When Billy, the group's sworn bachelor, finally proposes to his thirty-something (of course) girlfriend, the four head to Las Vegas with a plan to stop acting their age and relive their glory days. However, upon arriving, the four quickly realize that the decades have transformed Sin City and tested their friendship in ways they never imagined. The Rat Pack may have once played the Sands and Cirque du Soleil may now rule the Strip, but it's these four who are taking over Vegas.”

Todd McCarthy, The Hollywood Reporter
…In Sin City, men will, predictably, be boys… If you crossed “The Hangover” with “The Bucket List,” you might wind up with something like “Last Vegas.”… the movie has no reason for existence and nothing much to recommend it. …

A.O. Scott, The New York Times
…the sort of movie in which everything that happens is diagrammed, arced, and pressed through the gold-leaf cookie cutter of mainstream Hollywood comedy. … [B-]

Duane Dudek, Milwaukee Journal Sentinel
…this genteel Hangover for the AARP crowd has little to recommend it, though a smattering of funny gags and the nostalgia value of the cast keeps the whole thing more watchable than it has any right to be. … [2/4]

Scott Foundas, Associated Press
…Despite a raft of Oscars among them, the amiable stars of “Last Vegas” can't save the story from cliches and cookie-cutter humor. …

Scott Bowles, USA Today
…those who go to “Last Vegas” expecting some acting tour de force performances will walk away disappointed. Last Vegas is a watchable if not terribly compelling movie that serves as something of a 105-minute commercial for Las Vegas and, particularly, the Aria Resort & Casino. …

Paul Asay, Plugged In
…It’s delightful to see these acting pros hamming it up in this movie. They look as though they’re having a blast. The same can’t be said for the audience. … [2/5]

Marjorie Baumgarten, The Austin Chronicle
…there are only so many times you can watch old, crepe-necked dudes dreamily ogling young females before you start to feel queasy. Clearly, what happens in Vegas really needs to stay there.

Liam Lacey, The Globe and Mail