Secrets In The Snow 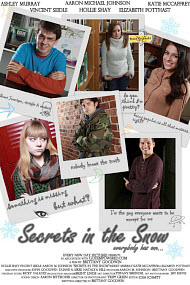 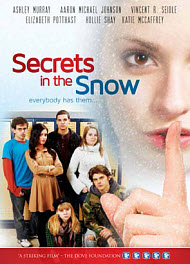 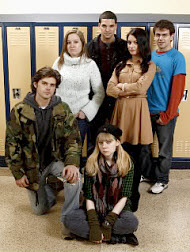 “When disaster strikes you—better a neighbor nearby than a brother far away…” —Proverbs 27:10

Six teenagers and one teacher are stranded overnight in their high school while a blizzard rages outside. The generators go out, and the lights and heat go down, while tempers go up and wills are tested, and deep secrets are brought to the surface. Forced to hang out with people not of your choosing (some whom you don’t even like!) can make things extremely uncomfortable, especially if your guard is let down, and the mask you wear tumbles off to reveal what is beneath: grief, insecurity, body image struggles, identity crisis, hidden disease, family bankruptcy, and all the other junk that life serves up. But, as the doors are locked, they are forced to rely on each other to survive the night, and these teens (and one administrator) discover that “getting along” may be the biggest obstacle of all.

These are the “Secrets in the Snow,” a film reminiscent of the old “…Breakfast Club,” a rich character study that allows viewers to get to know these people and maybe recognize themselves. For don’t we all experience peer pressure? Struggle with “who we are?” (Or who we want to be?) Look for answers without revealing private problems? Or deal with the myriad of other high school (and life) problems? Maybe this will help us develop a better understanding and more empathy for others (and ourselves?), as we all find blankets to huddle together and stay warm.

There are fun elements, too, of course, because what would you do if you had the entire school to yourself? Explore the places you’ve never been? An impromptu talent show? A basketball version of “Truth or Dare?” A cafeteria raid? (How many chips can one guy eat?)

First-time feature director Brittany Goodwin has really challenged herself with this film, and she appears more than ready for the challenge. Directing ensemble is not the easiest—from keeping all the actors in character and consistent, to keeping the camera moving around without stumbling over itself; Goodwin does a stellar job and is backed up by a strong cast and creative Director of Photography (Tripp Green). The action is kept moving by utilizing various locations to mix it up, and allow characters a chance to be alone and get to know each other (and us know them, too). There are some sweet camera angles and nice transitions from Director of Photography Tripp Green. Especially impressive is the recurring transitional technique of using large objects in the foreground while the action takes place behind it, effectively done with the basketball, and another time with the lamp being shut off. And I’m still wondering if there was a message in the way the six characters were divided when the principal stood with his back to the camera (or was it just a nice balance)? Ensemble shooting is especially challenging for the camera, and Green makes good use of rack focusing to direct our attention as needed.

“Secrets in the Snow” has a strong cast, although most with only a handful of other productions on their resumes, and further evidence to the ability of director Goodwin. The veteran of the group is Karen Boles, and she brings great believability as the novice high school administrator who has been stuck “babysitting” the teens:

Vincent R. Seidle is the basketball star that has it all (or does he?). A cold knock at the door brings one of his secrets to the forefront, but I like how he downplays his first revealed secret, through his acting, yes, but also through the way his character Grayson handles the situation, and hopefully showing others with similar issues an honorable way of dealing with it.

Aaron Michael Johnson is Brant Journigan, the “good kid” from a large family who appreciates what he has and what he needs. Johnson does an excellent job of softly preaching while not sounding “preachy”—something missing from many faith-based films and greatly appreciated in this film.

Katie McCaffrey is Camille Sanders, the girl no longer the person everyone remembers, changed by growing up and starting high school. She really brings her self-image struggles to the camera in a way that many others will be able to relate. Great job! (And boy, can she sing! Her “Deck the Halls” is impressive. Someone needs to sign her up!)

Hollie Shay is MaryJake Harper the poor little rich girl, popular with the class, but none too popular with her new overnighters. Shay treads the fine line of being a witch while keeping our empathy, and she does a first-rate job of this.

Elizabeth Potthast is the girl struggling with self-image. Her story is one heard again and again in our society, and hopefully, how others really see her, will be heard by those viewers with the same struggles. Potthast is perfectly cast in this role of a beautiful woman inside and out, who only needs to realize it.

Ashley Murray plays Anthony Goodwin, the new kid in town who wants to get to know everyone else’s secrets while keeping his own hidden. Murray does a crackerjack job of revealing his secret slowly and persuasively.

All the characters are well acted, and I really get the feeling that I know these people (and, yes, there are people I know who are like them.)

Now for a negative: the biggest downfall of the film is the big outside snow scene—it is obvious this is not blizzard-depth snow. Maybe some CG on the rooftops would have helped? Or editing the scene out? Or placing the scene in the gym—although I get the idea of needing to take the film outside and playing in the snow. On the flipside, the other snow scenes are handled very well, so this one comes as a surprise.

“Secrets in the Snow” is a totally enjoyable film. There is a lot to learn, and it’s easy to see yourself and others in these 90 minutes of snowstorm. I liked not having everything wrapped up pretty and sweet, but still coming away with solid solutions, and, perhaps, a new way of looking at life’s problems and how to deal with them. The subtle Gospel message was refreshing. More faith-based films would benefit by mirroring how “Secrets in the Snow” presented the Word of God and its life-changing message. Nice use, too, of the Christmas Eve service as the perfect denouement.

“Secrets in the Snow” is a great film for all ages, especially senior and junior high youth groups (it will ring true for many in this demographic), but even elementary school age children will enjoy this movie. The accompanying Discussion Guide is a great plus, and perfect for that youth group or Sunday School viewing. So snuggle up with “Secrets in the Snow” and get snowed-in at Eastbrook High.