for sexuality, nudity, violence and language. 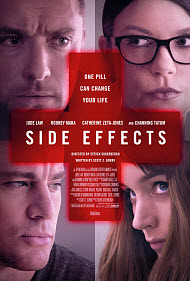 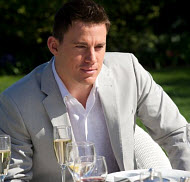 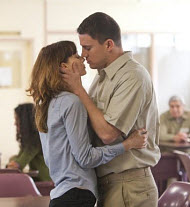 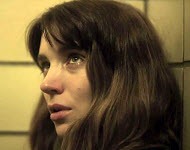 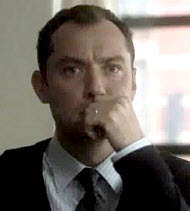 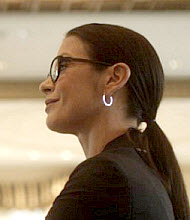 prescriptions drugs for depression and anxiety

“Some people want to get better in the worst way. One pill can change your life.”

After Emily Taylor (Rooney Mara) is reunited with her ex-convict husband Martin (Channing Tatum), Emily attempts to commit suicide by driving her car into a parking garage wall. A psychiatrist, Dr. Jonathan Banks (Jude Law), examines her and concludes that she is depressed and suffers from an anxiety disorder, so Dr. Banks, after speaking with Emily’s previous psychiatrist, prescribes a new anti-depressant medication called Ablixa. Things get better for Emily while on this new medication. However, this pleasurable life does not last long, as Emily, while sleepwalking one evening due to the medication, murders Martin in their apartment. So the question remains… who or what is to blame? Is Emily solely responsible for killing her husband or did the medication “make her do it?” Or is there something or someone else to blame for Martin’s death?

“Side Effects” is one of those movies that will make you think one of two things when you walk out of the theater. Either, “Oh wow, I really liked that film” because of how deep it went in terms of its story, or you’ll think, “So, wait, what just happened?”. For those who were fans of movies like “Inception,” you will probably enjoy this type of movie and will add it to your DVD collection in a few months. There will be some, however, who may walk out of the theater with more questions than answers.

Still, I must admit, I’ve never seen a film take a spin like this before and cannot deny it the moviemaking stars it earned. This movie sets you up, as the family member who went with me pointed out, thinking a certain way about the movie and then suddenly turns the whole premise around about 45 minutes into the film. For instance, the message concerning the dangers of medications and the pharmaceutical industry is certainly present. But, as I said before, the movie takes a different approach half-way through and the focus shifts.

Did I enjoy “Side Effects”? To a certain extent, yes. The performances by Jude Law, Rooney Mara, and even the supporting performance by Catherine Zeta-Jones were impressive. Channing Tatum’s performance was okay, but his part is so small that I couldn’t really say whether it was good or not. I have not seen many, if any, films directed by Soderbergh, and I must say I am impressed with his fine direction and take on this story. The movie goes for slow, monotone performances and at the time I didn’t realize this, so I had to determine whether the actors acted this way intentionally, and eventually I concluded that they did. Like I said, the story is deep and moves in a slowly progressive, serious manner, so be aware of that if you decide to see “Side Effects.” I would, also, recommend doing some research on pharmaceuticals before viewing this film, as it will help fill in the missing information.

“Side Effects” contains some objectionable content that, in my opinion, was very inappropriate and not necessary for audience members to enjoy this film. Regardless, here is some of the material that may be offensive to some.

Violence: Moderate. In the beginning, Emily attempts to commit suicide by driving her car into a parking garage wall, but is unsuccessful in her attempt. She later appears to attempt to commit suicide by walking passed the yellow line at a subway station, but again is unsuccessful, as she is pulled back in time by a police officer. Emily is also seen stabbing her husband in the chest and then in the back in their apartment.

Profanity: Moderate to Heavy. There are about sixteen uses of the word “f*ck,” one use of “G**-d**n,” “bull-sh*t” (3), “h*ll” (1), and God’s name is taken in vain at least two more times. There are also instances where characters make sexual remarks.

Sex/Nudity: Extreme and not necessary or appropriate. There is a scene of full-frontal female nudity from Emily with her breasts fully shown (while having sex with Martin, with sound effects), as well as a scene where Emily is seen nude in the kitchen, with the camera showing only her back and partial buttocks. In addition, there is a scene of two lesbians kissing each other, and Emily and Martin are shown sleeping together.

Other Content of Concern: There are a few scenes where blood can be seen. In one scene, we hear Emily vomiting in the girls’ bathroom. This movie deals with a sensitive issue about anti-depressants and anxiety medication and contains a lot of prescription drug content (some dealing with prescribing medications in a negative light), so viewers may wish to think twice before seeing this film.

“Side Effects” toys with the idea that prescriptions have become a problem in this country and that doctors prescribe medications too quickly. In my opinion, medications, when prescribed by a doctor who knows your medical history, are a tool that God gave to humans to help heal others. However, we must not forget that God is the ultimate healer, and that it is His love that cures us of all our sicknesses and diseases. The Bible tells us that Jesus healed thousands who were sick during his ministry. The Bible also tells us that Jesus is still alive and continues to heal us when we call and rely on Him.

Recently, I’ve begun looking around at the beginning of the movie to see the primary audience, a technique I learned from other reviewers. The audience tonight was mainly made up of adults, and I would have to agree this movie is for adults only. Please do not take children or teens to see “Side Effects.” I’m hesitant to recommend this film, due to the unnecessary and extremely inappropriate graphic nudity, sexuality, and violence that is present. As a Christian, I don’t recommend it, as it is very offensive. However, I cannot deny it the stars I have given, based on the fine performances of the leads and the overall moviemaking quality. My advice, as a reviewer, is to read the “label” attached to this movie before seeing it. Ultimately, it will be up to you to decide whether this movie is acceptable for your viewing.

Negative
Negative—I wanted to see this movie because of the truth of how horrible pharmaceutical drugs are to people’s bodies for regular use, thinking that is what the movie was all going to be about. I did know there were some sex scenes, but, because of the reviews, I felt I knew when to cover my eyes and ears, because I don’t want to see that, or leave the theater at that time. However, not to give away the whole movie, it turns out it’s more about lies, deception and a plot that is not about the real side effects of the drugs. Plus there is murder and too many sex scenes and a few lesbian scenes that are longer and more detailed then the reviews say.

The movie left me feeling more disturbed and negative from how crazy the main actress in the movie was and the plot of the movie. She did a very good job at acting insane, and it was just disturbing; I didn’t need to see that to show me the true negative effects of these drugs. If anything, take away that most of these pharmaceutical drugs for depression do have some serious side effects… that is true.
My Ratings: Moral rating: Extremely Offensive / Moviemaking quality: 4