also known as “The Fast and The Furious 7,” “Fast and Furious 7”
MPA Rating: 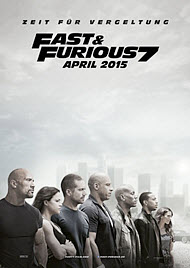 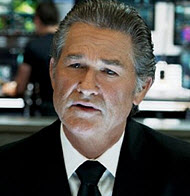 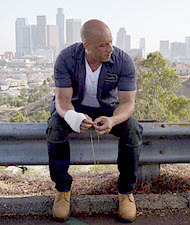 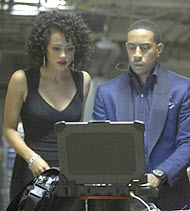 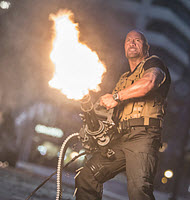 Does the end justify the means? This final installment in “The Fast and Furious” franchise never mentions the phrase “end-justifies-the-means,” however, that is the basis that drives it. There are no good guys in this movie. There are just bad guys and really bad guys. The really bad guys lose in the end.

The Toretto Crew, who killed the villain Owen Shaw, is targeted for revenge by Owen’s brother Deckard (Jason Statham). A covert operations team helps the Toretto Crew defeat Deckard, in exchange for their help protecting a special computer software from people who want to steal it. Insert approximately an hour total of action here. Deckard goes to jail and the men of the Toretto Crew settle down with their families.

The language is milder compared to what you might expect. Some men briefly drink and talk about beer, but—contrary to what you might expect from a car action movie—no one gets drunk. The sexual content is rare, but when it does appear, it’s in your face. Bare hinies are shown clearly in the background from women who are wearing thongs. At a party scene in Egypt, women have painted their skin gold, and the thongs are the same color as the gold paint.

The violence is not gory. The only blood shown is a brief scene of a bullet wound being treated; this scene is after the violence. Even the body count is low. This is because the violence deals primarily with cars. We see cars wrecked, blown up, flipped over, driven off cliffs—and that just scratches the surface—with people in them, but we don’t really see the people themselves when they die. The shooting scenes are a little more violent, but even those are relatively mild. The mayhem is almost comic, because it’s obviously exaggerated to wild craze for thrills.

The Fast and Furious franchise is all about street racing. Both the protagonists and antagonists drive like complete and total maniacs on public roads—in many cases, even through big cities, putting the lives of outsiders in danger. In addition to being offensively foolish, this is illegal. The protagonists aren’t just fleeing from pursuers, either. They’re voluntarily and enthusiastically fighting on the roads. And all this is in attempt to do justice and achieve righteous goals. While they’re trying to make sure justice is carried out, they don’t care if they commit other, and sometimes even more destructive, injustices in the process! There is even a game of chicken. Here’s something to think about: is sinning in order to do justice worse than sinning for an unjust purpose? The latter is just rebellion (not to reduce how wrong it is), but the former is hypocrisy.

I’ll readily admit that the action by itself is fun and exciting. I mean, it’s exciting to watch a car crash through a window from the top story of one sky scraper, and crash through a lower window of the neighboring skyscraper, zooming through the buildings. That’s just exciting—a spectacle. The production quality is fantastic, too. But the wickedness of all this, and the hypocrisy on top of it, made me very impatient for the movie to be over. I couldn’t sympathize with the protagonists; therefore the action was just tiring and exhausting. When the wheels stopped spinning, I was glad to be over with it.

There are some positive messages about families and the value of teamwork, love, and being present for family members. But this is just a side topic, and are plenty of other movies that teach this, and much better too (Matthew 5:46). For that matter, there are plenty of other movies with exciting action. So you’re not really missing out on anything by detouring around this movie.

The special computer software previously mentioned is called “god’s eye.” It allows the covert operations team to keep a very close watch over the city. But as the real eye of God was watching all this, was He pleased with it? [2 Chronicles 16:9] Will He be disappointed if His people watch this movie? Oh, the action is enjoyable, but almost no movie is without messages—and the “moral” of this story is problematic; the ends do NOT justify the means. The Toretto Team attempted to get to a good destination, but they took all the wrong roads. Don’t follow in their tracks.

My advice: Steer clear of this movie.

Positive
Positive—I think this movie, despite some offensive content ,is still good because many good lessons provided, and it is not really a street racing movie, but something to catch the villain played by Jason Statham. I disagree with the reviewer’s feeling about this movie, because faith is portrayed in a positive way, and, also, I feel like he says that you are in trouble as a Christian if you view this movie, which I find really troubling. I know the intention is what the reviewer feels is bad, but it is not the case of the movie. The production was great, and acting, overall, felt like it was done well. Basically the storyline teaches valuable lessons and love, too. Glad they kept it PG-13 and not going into R level, which is refreshing. Overall, I would recommend this movie for 15 and over.
My Ratings: Moral rating: Average / Moviemaking quality: 4½

Chris James, age 24 (USA)
Movie Critics
…fuel-injected fusion of all that is and ever has been good in “The Fast and the Furious” saga. … The always-fabulous autos spend much of the time airborne in stunning, heart-dropping effects. But it is in the handling of heartfelt sentiment that Furious truly soars…

Betsy Sharkey, Los Angeles Times
…FURIOUS 7 is a fun popcorn movie that, like other installments in this franchise, has some surprisingly overt Christian references, but extreme caution is advised for mature viewers due to foul language, images of string bikinis and lots of intense action sequences.

Ted Baehr, Movieguide
…Occasional ogling aside, “Furious 7” extends its predecessors’ inclusive, stereotype-resistant ethic. Compared to almost any other large-scale, big-studio enterprise, the Furious brand practices a slick, no-big-deal multiculturalism, and nods to both feminism and domestic traditionalism. …There is much too much plot in any case, and a little too much heavy weaponry for my taste. …

A.O. Scott, The New York Times
…As you enter the theater, prepare to leave reality, the laws of physics, and basic common sense behind. But don’t worry, you won’t miss them; you’ll be too busy enjoying this wild ride of a movie. …This is about explosions, fighting, fun, fast cars—and heart. …

Susan Ellingburg, Crosswalk
…Diesel and team should still be congratulated for a ride that still manages to be joyful in the worst of circumstances. …

Catherine Shoard, The Guardian
…It’s actually less a movie than a collection of scenes that feel constructed to make Furious fans cheer. … With Walker’s death, “Furious 7” definitively ends a chapter in the “Fast and Furious” saga, while opening the door to further adventures. But it sets the bar for craziness awfully high. …

Jacob Hall, New York Daily News
Walker, Diesel and their cohorts blow the doors off on one last adventure together. …

John DeFore, The Hollywood Reporter
…high-octane action and improbable car chases that have defined the series, as it morphed from a simple street-racing movie to a superhero franchise on four wheels. … “Furious 7” offers dumb, easy fun and never pretends to be anything else. But the way the baseness of this entertainment can be so effortlessly calibrated to appeal to explosion-happy galoots, clapping at each rev and burnout like trained seals, feels a little troubling. …

John Semley, The Globe and Mail