for language including sexual references, some drug use and brief violence. 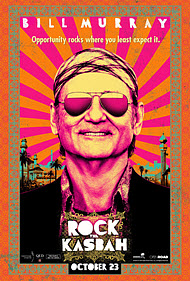 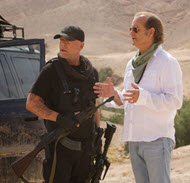 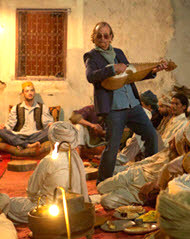 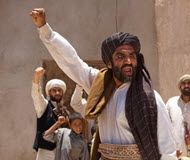 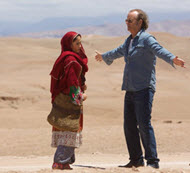 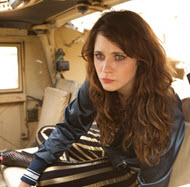 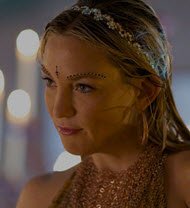 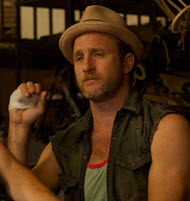 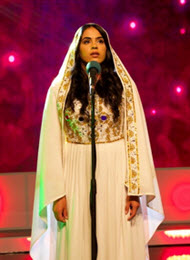 While watching “Rock the Kasbah,” I kept wondering why its filmmakers had decided to create a variation on “Ishtar”—a 1987 film (which also bombed) with two other movie stars pretending to be amateur entertainers in the middle of a Muslim war zone. This current film has an interesting enough premise: what happens when an oddball Hollywood manager, Richie Lanz (Bill Murray) goes to Afghanistan and encounters a conservative Muslim culture? Simply, he finds a Pashtun teenager, Salima Khan (Leem Lubany), whose singing talent he can exploit and then risks everything attempting to make her famous—even though the chances are high she could be killed for daring to sing in front of a television audience.

Apparently, this story was inspired by the true adventures of an Afghan woman who chose to sing and stirred up controversy, because her performances violated current Islamic customs on female modesty. I usually enjoy watching Bill Murray in other films… and he has a couple moments in the film when he’s allowed to go wild, like when he uses a traditional Afghan instrument as if it’s an electric guitar and belts out “Smoke on the Water” to the astonishment of his hosts… that was worth a buck. But for too much of “Rock the Kasbah,” Murray seems dwarfed by the scenery.

Conditions for the Afghan people around him are horrific. While the simple plot of “Afghan girl becomes a star” unfolds too easily, I found it hard to care whether Murray’s Lanz would ever receive his 15% commission of the $5,000 prize money if/when Salima receives enough votes on the TV show, “Afghan Star.”

While seeking to help Salima, Lanz gets a pep talk from a prostitute, Merci (Kate Hudson) whose services are being used by him and dozens of Americans and Afghans throughout the film, while she happily parades around in skimpy clothing. Mel Brooks used to make shocking, but funny movies, using backdrops like the Old West and the Star Wars universe, and the jokes only landed 30% of the time, but there were so many of them that you ended up becoming overwhelmed and laughing enough to have a good time. “Rock the Kasbah” doesn’t try hard enough to get laughs, but it isn’t true enough with its subject to take seriously either. It’s interesting enough to follow along with until the end, but Murray’s character doesn’t go through enough changes to make the movie feel worthy of its crazy plot. You leave the theater feeling like you’ve been in the presence of a funny guy who didn’t get enough time or good material to work with in order to make the film memorable enough to buy a ticket.

If you’re a huge fan of Bill Murray, you might consider waiting until you can watch this on television for free someday.

Movie Critics
…dreadfully misguided farce… fundamentally misjudged and disjointed… utterly fails to connect as an “Ishtar”-esque Muslim-world farce, a cynical skewering of American foreign policy, or a cuddly, inspirational ode to the unifying power of music—and to the film’s dubious credit, it does attempt all three. …

Steven Rea, Philadelphia Inquirer
…not-good… a script that doesn’t know what it wants or how to get there. … [1½/4]

Lou Lumenick, New York Post
…disappointed at how not-weird this oddball film actually is… A major part of the problem with Rock the Kasbah lies with the script by Mitch Glazer (Scrooged and Netflix’s forthcoming A Very Murray Christmas). …Glazer’s story and dialogue feel overly scripted coming out of Murray’s, and everyone else’s, mouth. The ending is never in doubt, and whole chunks of the film feel padded and unnecessary. … [2/5]

Marc Savlov, The Austin Chronicle
…Bill Murray tanks in catastrophic caper …The actor proves that even great talents can be unwatchable if they put their minds to it, in this weak comedy… [1/5]

Jordan Hoffman, The Guardian (UK)
…The gaps between the hipster comedy of the star, the incipient sentimentality of the story and the gravely depressing reality of the setting provide tonal abysses simply too vast to bridge …