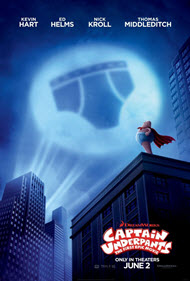 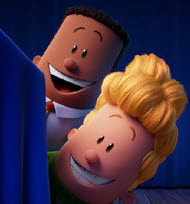 possible ramifications and dangers of being a constant prankster 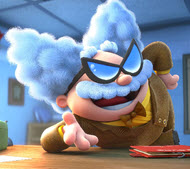 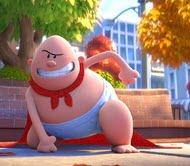 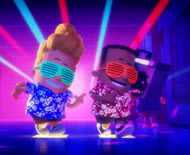 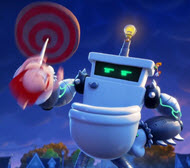 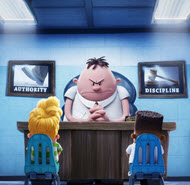 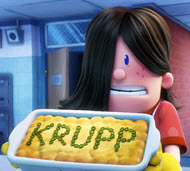 Here’s what the distributor says about their film: “Based on the popular Scholastic Books 8-volume series by Dav Pilkey, launched September of 1997. There are over 50 million Pilkey books in print in the U.S. alone. Eight Captain Underpants books have been published in 19 countries and several have debuted at #1 on various bestseller lists.

Meet George Beard and Harold Hutchins, a couple of wise guys. The only thing they enjoy more than playing practical jokes is creating their own comic books. And together they have created the greatest comic-book superhero in the history of their elementary school—CAPTAIN UNDERPANTS!

Whenever the principal hears the sound of fingers snapping, he turns into Captain Underpants and takes on the wretched super-villain Professor Poopypants. ”

Negative
Negative—I took my 6 year old son to this movie because he’d been introduced to this book series at school and thought all the bodily functions were funny. I had allowed him to purchase 3 books during book fairs during this school year and we’d begun reading them (together) so while I didn’t really like the idea of the total infatuation of the “potty humor” I didn’t see any big red flags… This movie was pretty much what I expected, it was silly and filled with humor about things like burping, pooting, etc—all things that little boys seem to love.

The film itself didn’t have any adult themes or anything that would cause me major concern but one thing that it did do was get my child even more infatuated with the book series… and then we read book #12. In book #12 the boys travel to the future where they find out that Harold (the blonde kid) grows up to be gay and marries a man. There are multiple pages of illustrations showing him and his husband and even their two twin children.

This book introduces gay marriage as normal and slips it in under the parent’s radar… so, now that my child has been introduced to the books and seen the movie, now I get to have a talk with him about the Biblical definition of marriage… at age 6.

Now, he’s already “hooked” on the Captain Underpants saga and now, he is left dealing with adult issues that a 6 year old child should not have to deal with.

So, while the movie isn’t really that bad—it does light a fire in the child to explore more and more of the books and they, too, will be faced with this topic that doesn’t belong in Children’s books or movies so my advice would be, sit this one out, find a different movie and find a different set of children’s books—there are lots out there that have a much better message!
My Ratings: Moral rating: Offensive / Moviemaking quality: 3

Movie Critics
…The film is propelled by its hyperactive energy and quirky style—directed breathlessly… delivers wisdom within its bathroom…humor…
Katie Walsh, Tribune News Service
…a funny family movie with positive themes extolling the redemptive powers of friendship, creativity and love, but there is some mild scatological humor… [4]
Ted Baehr, Movieguide
…Silly comedy will delight young audiences… The movie isn’t faultless. It veers into ‘Important Message’ territory at times, and eventually works itself into a frantic storytelling lather. …
Liz Braun, Postmedia Network
…The moment where George solemnly tells Poopypants that his problem is that he can't laugh at himself, and Poopypants whines, “Oh, is that really what my problem is, Oprah?” made me laugh so hard I thought my son was going to ask me to leave. …[3½/4]
Matt Zoller Seitz
…spews potty humor… there’s a lot of potty humor. I awkwardly had to explain to my 6-year-old son one of the major running gags in the film. …it was delightful to hear a theater filled with the raucous laughter and squeals from children of all ages. …
Maricar Estrella, Star-Telegram Fort Worth
…aimed at your inner 5-year-old. But it's real 5-year-olds who will dig it. …a high-spirited, low-comedy… it’s a trifle of a movie… it is a potty-minded kiddie burlesque, one that finds the supreme innocence in naughtiness.
Owen Gleiberman, Variety
…a frenetic animated film… noisy… The plot verges on indecipherable…

Neil Genzlinger, The New York Times
…lively… potty humor and offbeat zaniness… the manic, rapid-fire delivery, while yielding some well-deserved laughs, proves more exhausting than inspired. …
Michael Rechtshaffen, The Hollywood Reporter
…Book-based adventure is fun… But you really need to be OK with the potty humor, because it’s constant. …[3/5]
Betsy Bozdech, Common Sense Media
…The fact that the main bad guy in this pic is named P.P. Diarrheastein Poopypants Esquire, should give you a sense of the main… For a very slim segment of the populace—say, grade schoolers who consider a wet palm under a flapping arm to be high art—this pic will likely be a winner. For the rest of us… well, there's always a sleep mask and a good travel pillow. …[3/5]
Bob Hoose, Plugged In