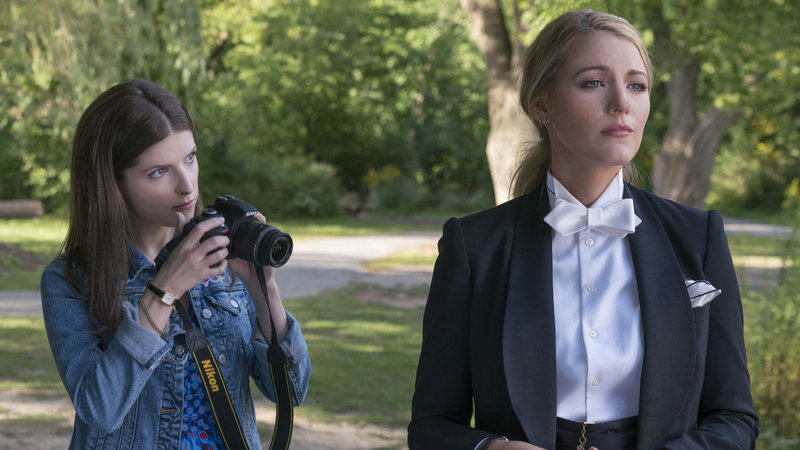 for sexual content and language throughout, some graphic nude images, drug use and violence. 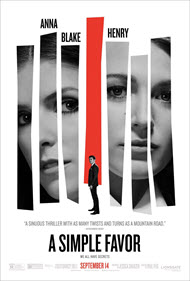 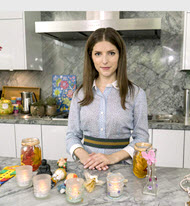 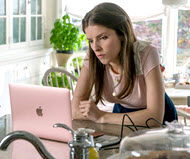 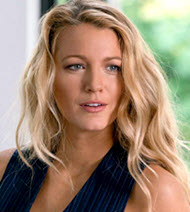 Extreme nudity and vulgarity in films 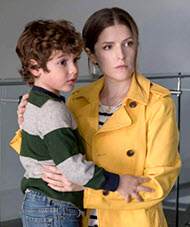 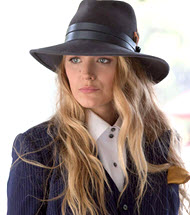 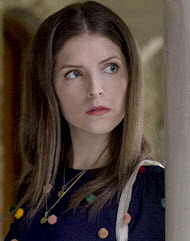 Stephanie (Anna Kendrick) is what some would call an over-achiever, especially when it comes to being a single mom. I mean she is involved with everything and anything that involves her son, Nicky: school fundraisers, PTO meetings, you name it! When she’s not busy with matters involving her son, she’s busy vlogging (video-blogging) different recipes to her many mom Internet friends.

Sure, Stephanie has many “Internet friends” but when it comes to actual “friends,” that’s a bit tough, that is until she meets Emily Nelson (Blake Lively), the mother of Nicky’s friend Miles. Emily, as Stephanie comes to learn, has it all: money, a huge house, luxurious cars and, as it turns out, a mysterious occupation that Stephanie is not allowed to not to know about it. That’s not too strange right? As Emily and Stephanie hang out more, though, Stephanie notices Emily acting more and more peculiar (I mean come on, how many people don’t like their picture taken right?).

One day, though, Emily asks Stephanie for a favor: pick up Miles from school for her. 8:00 PM comes. Emily hasn’t picked up Miles from Stephanie’s home. 9:00 PM comes. Still nothing. A day passes. Now Stephanie begins to become concerned. By the time two days pass, Stephanie panics and calls Emily’s husband, Sean. The two are convinced something terrible has happened to Emily.

Stephanie feels it’s her duty as Emily’s friend to help in any way that she can. The deeper she digs, though, the more intriguing Emily’s life becomes. “A Simple Favor” begs the question: “How well do we know the people closest to us?”

“A Simple Favor” may be complex in a lot of ways, but I’m going to make my points very short and, well, “simple” (pun intended). While there are some phenomenal performances from both Blake Lively and Anna Kendrick who, honestly, I haven’t always been a big fan of, and the story itself is engaging, the content left a bitter taste in my mouth, as the film contains language and images (including pornographic-level nudity) that have forever left a stain on my soul, heart and mind (more on this in the Content of Concern section). To put it bluntly, this movie has redefined the term “disturbing” content.

Sexual Content/Dialog/Nudity: Where to begin? Like I said (and I’m not going to go through everything), there is a scene involving full frontal nudity: it is a painting of Emily, supposedly, laying on her back with her breasts and genitalia (covered by hair) showing. There are topless photographs and a few scenes where characters are having sex. There is a lesbian kiss as well as other references to homosexuality and lesbianism. Stephanie reveals she had sex with her half-brother. Emily slaps Stephanie on her behind. Emily and Stephanie are seen in their bra and panties a couple times, as well as other revealing outfits. Emily and her husband, in her flashback, join the “Mile High Club” during a flight. Stephanie finds items related to S&M. Again, I’m not going into all the sexual content in this movie, but there’s A LOT more.

Violence: Very Heavy. Viewers witness a dead corpse in the water—bloodied and lacerated all over). A character is drowned. We witness a character commit arson, killing other characters in their home. Characters are shot with a gun. A character is run over. Two young boys are seen fighting each other.

There are ABSOLUTELY no redeeming morals to this film.

Twenty-four hours after having viewed the film, the filth of “A Simple Favor” still lingers in my mind. I thought I could handle it. I thought, “My faith is strong enough. What’s a little nudity? What’s a little language? It wasn’t a little… It was A LOT. Even I have my limits as a reviewer and today, especially with regards to the sexual content (and yes, the language), my limit, as would any Christian’s I might presume, was reached. In case I haven’t been clear, this is NOT recommended to Christians, teens, adults or children. Listen to my advice and stay very far away from this film. And remember this verse, which never rang truer than right now:

Melissa Howard, age 33 (USA)
Comments from non-viewers
Negative—I’ve said it before for another review, but if this reviewer is recommending you stay away, I’d heed his warning. Mr. Malsan reviews many movies and many are movies I like, some a bit scary or creepy. So when I find he says a movie has stayed with him in a negative way and to avoid it, I take it to heart. I recommend you do too.

Secular Movie Critics
…“A Simple Favor” wants it both ways, hoping to be a stylish, twisty, trashy thriller while simultaneously acting superior to the genre’s slinky pleasures. Those conflicting strategies do the film no favours. …
Tim Grierson, Screen International
…If “Double Indemnity” were a hangout movie, this would be its sequel. It’s delicious. …
Allison Shoemaker, Consequence of Sound
…Sly and sweet with an acid finish, “A Simple Favor” is a female-friendship comedy with neo-noir ambitions. …“A Simple Favor” starts stalling out as the narrative feints and dodges increase. …For the most part, though, the drawn-out payoff doesn’t deliver on the story’s setup or its characters’ juicy potential. …
Manohla Dargis, The New York Times
…For all its ludicrous plot twists and a mystery that falls too conveniently into place, “A Simple Favor” is just fun. It's light and frothy. …
Randy Cordova, The Republic (Phoenix AZ)
…The film feels a lot like the Serge Gainsbourg number that Stephanie dances to in the kitchen: jazzy, a little sleazy, and worth a cult following. …
Amy Nicholson, Variety
…Once “A Simple Favor” hits the first of several I-can’t-believe-they-went there moments (there are a few too many), it loses some of its lure, and Feig never quite regains tonal control. But you won’t be bored by this. …
Joshua Rothkopf, Time Out Chicago
…It’s a lot of fun… until it becomes a mystery thriller so convoluted and tonally wacky, Angela Lansbury would have quit in a huff. …
Johnny Oleksinski, New York Post
…A twisted tale of toxic female friendship, the film offers its share of pleasures: eye candy in human, sartorial and real-estate form, as well as the unmistakable flair of a director and performers who know their way around a piece of pop entertainment. But the result leaves you scratching your head. …
Jon Frosch, The Hollywood Reporter