What is a…
plough 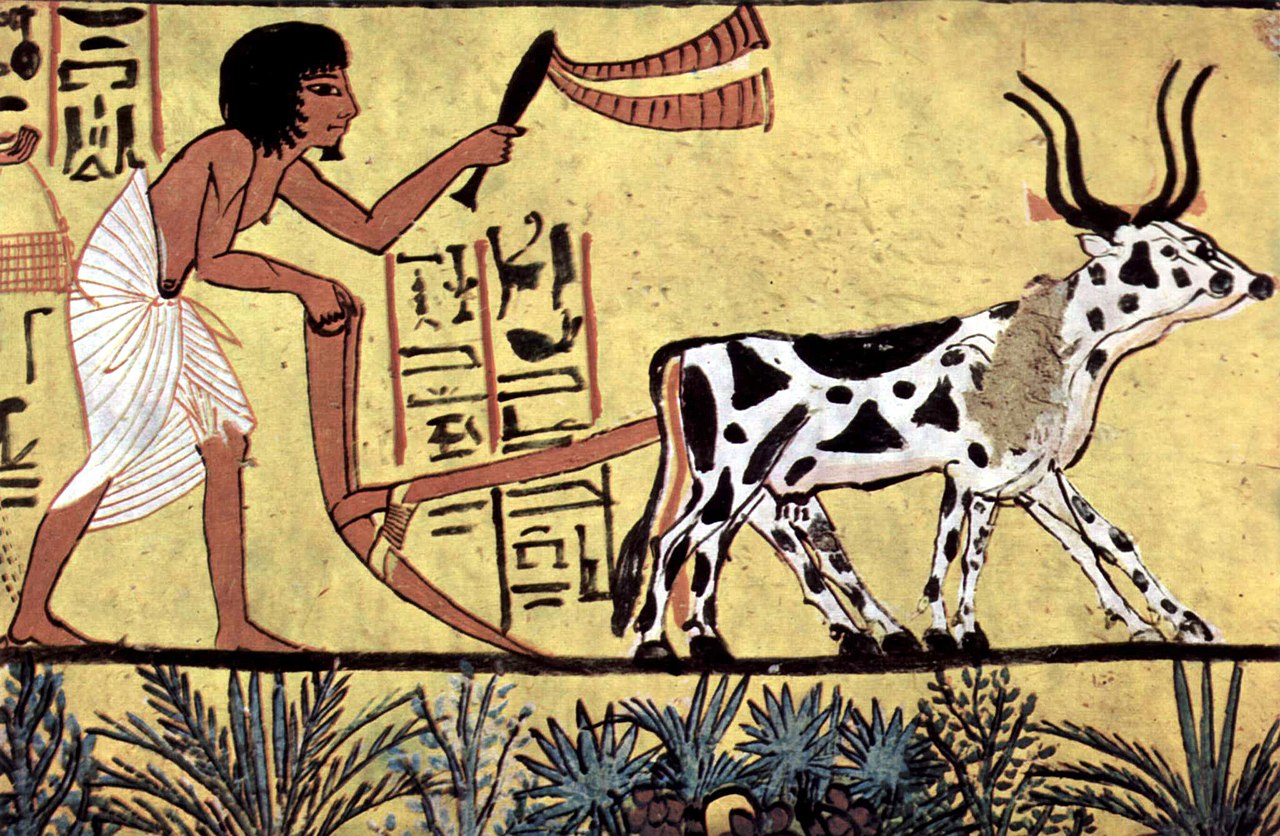 Example of an ancient Egyptian plow as depicted in a 1200 B.C. (approximate) tomb painting

A plow is a farming implement used in preparation for seed sowing. It is designed to break up the soil and cut furrows in the ground.

The plow was originally drawn by oxen, but sometimes also by asses and by men.