Human gills - Is it true that humans have occasionally been born with gills? 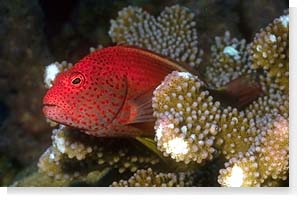 No, humans have never been born with gills. Without a major controlled change in the human DNA-structure, it is simply an impossibility. Yet, newspapers have reported supposed human gills. What is the source of this confusion?

“BOY HAD FISH GILLS IN HIS NECK”

This headline was not that of some cheap tabloid paper, the type which is as likely to features a phony photograph of a goat-human hybrid as to report Elvis running a hamburger cafe in Tibet. It was a respected Australian regional daily newspaper, The Northern Star (New South Wales, Australia) of October 30, 1993.[1]

The fuss was about a small fragment of cartilage (10-15 millimeters long) which had been removed from the neck of an 11-year-old boy from the town of Tweed Heads, Australia. It was referred to as a “fish gill,” and as “fish gill cartilage.” The parents were reported as saying, “The doctor told us that if our son had been a fish he would be able to breath [sic] under water. He said it was a gill—like in a fish.”[2]

The report seemed to directly quote a medical authority as saying that the tissue found in this boy's neck was hard cartilage “exactly the same as found in the gills of fish.” Little wonder that the boy had experienced “some teasing at school”!

Knowing that we humans have human (not fish) DNA and can therefore make only human (not fish) cartilage, I rang the pathologist referred to in the article, who confirmed that the histology (microscopic appearance) of this cartilage was not in any way distinguishable from ordinary human cartilage.

The whole article seemed to be strongly promoting the mistaken belief that the human embryo, as it develops, goes through the stages of its pre-human evolutionary ancestry. It actually stated that in the first few weeks of life the human fetus “develops six gills.”

Few, if any, respected embryologists today accept this belief that the human fetus “repeats its past evolutionary history.” In a major textbook on human development we read that “in the human embryo real gills—branchia—are never formed.” [3]

There are pouch-like structures which form in the fish embryo and which look superficially similar to the pharyngeal pouches or grooves in the human embryo (these were formerly incorrectly called branchial (i.e., gill) grooves). However, whereas in fish this region develops gills, in humans it forms very important, and quite different, structures in the head and neck region, structures which have nothing to do with gills in either form or function.

These structures include several which contain cartilage (such as the voice-box, or larynx). So it is not at all surprising, in a fallen world, that there should occasionally be an aberration of normal embryonic development, such that a clump of laryngeal-type cartilage (for example) is incorrectly “seeded” in the side of the neck during development in the womb, and begins growing.

Actually, such “embryonic rests” or “remnants” that involve softer tissues than cartilage, are well-known in the neck region.[4] These are not remnants of our evolutionary ancestry, but remnants of our own tissue which ended up in the wrong place. So-called “cartilage rests,” as in this case, are much rarer, but have been described.[5] There is therefore no mystery, and no evolutionary significance, to finding this tiny scrap of ordinary human cartilage in a human neck.

It is tragic how readily the secular media will publish such misleading and erroneous reports which reinforce evolutionary beliefs.

Copyright © 1998, Creation Ministries International, All Rights Reserved—except as noted on attached “Usage and Copyright” page that grants ChristianAnswers.Net users generous rights for putting this page to work in their homes, personal witnessing, churches and schools.