How good is good enough?

For nearly a quarter-century now, I have committed myself to a periodic rotation as chaplain-on-call at our local community hospital. One afternoon in the late Spring of 1992 I arrived at the hospital and, as usual, checked in with the charge nurse about which patients might most benefit from a visit during my time on the floor. She handed me a list which included the name of a middle-aged white male whom, she advised me, was in the process of dying of cancer. I’ll call him Ross.

A few minutes later I wheeled into a slightly-darkened room. As my eyes adjusted to the dim light, I began to note the thin frame of a man lying very still on the bed.

I introduced myself and quietly asked Ross how he was feeling. He seemed cordial, open to my visit, and immediately answered my question. But he did not volunteer much beyond that.

Experience has taught me to allow at least a few moments of silence in an initial meeting like this, taking my cue from the patient as to how long—or even whether—to prolong my visit.

As Ross began to conclude that I was not in a hurry, rushing from one room to another on a series of perfunctory calls, he began to warm up and talk.

Because a patient such as Ross is actually somewhat “captive” to my presence and ministry, it is my custom to proceed slowly, listening more than talking. However, in this case, the conversation moved quickly and easily past the superficial. Within about ten minutes I was altogether comfortable in asking Ross how he felt about his present situation.

His response indicated to me that he was fully aware, and accepting, of his medical condition and prognosis.

I asked him, “Are you ready to meet god, ross? Are you convinced that He will admit you into heaven?”

“Yes,” Ross said. Then he added, "I may not have been the world’s greatest saint, but neither am I the worst. I’ve never robbed any banks or committed any murders." With just the very faint hint of a smile, he added, "All told, I figure that I’m as good as most and better than some. I figure I’m probably good enough to get in."

This time it was Ross who was quiet for a while. Eventually he said, "You know, I never thought about it that way before. Maybe I’m not good enough. How would you answer that question if you were being asked?"

I said, "Well, Ross, according to the Bible, short of perfection there really is no good enough. And few of us would claim to be perfect. So, like everyone else, you need a Savior. Like everyone else, you and I need to depend on Jesus to do for us what we simply are not able to ever do for ourselves."

Ross listened quietly that afternoon. Then, just as I was preparing to leave his room, he told me that he would like to ask Christ to be his Savior—right then and there. So we prayed together, and that day Ross came humbly to the cross of Christ. His life on Earth lasted until the following February, at which time his soul must have been gloriously ushered into the presence of the only One who is ever able to make any one of us “good enough.” 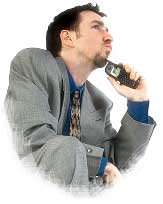 Perhaps, like Ross, you’ve never thought about this issue in those terms before, either. But if any of us on our own were ever able to be good enough to qualify for heaven, then God’s standards must somehow be less than absolute. Like food which is 98% poison-free, that just doesn’t make sense. Nothing less than 100% will do. And God never grades human morality on a curve.

Additionally, if our own goodness, either of character or by works, could alone make us adequate for heaven, then Jesus’ death would have been unnecessary, wouldn’t it? If we could save ourselves by being good enough, what would have been the point of Jesus’ sacrifice?

On the contrary, the Bible makes it clear that all of our righteousness is as a “filthy rag” in God’s sight (Isaiah 64:6)—and that our salvation is only effective on the basis of His amazing grace (Ephesians 2:8-9).

Perhaps you are uncertain about issues even more basic—like, who is God anyway? Is He truly personal and separate from His creation? Are we morally indebted before Him?