Should condoms be available through public schools?

I am an officer in my school's Student Government, and one of the big issues is having condoms available to students in school.

I do not believe in or advocate premarital sex, but I know that is not the case of many others. (I go to a public school.)

I feel it is my responsibility to those I represent to vote, if need be, on the side that would help my school the most. 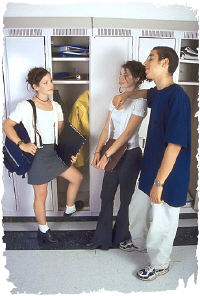 You are struggling with one of the greatest moral issues for teenagers today. I believe also, Ann, that God has put you in Student Government to be a spokesman for Him, first. And this is the bottom line: God's counsel is always best for you and the school, but not always popular. So you must ask the very difficult question, “What do I want to be? Popular with God or popular with people?” I hope your decision, Ann, will be the same decision that Peter and the other apostles made when, in Acts 5:29, they said,

You talk about wanting to have a moral but realistic opinion. God's moral council on sex is realistic. In Psalm 18:30 we are told,

“As for God, his way is perfect. The word of the Lord is flawless. He is a shield for all who take refuge in him” (NIV).

As for the condom issue itself, Ann, there's a horrible myth laid on today's students. That myth admits abstinence is the best way to avoid disease, unwanted pregnancies and emotional pain, but it also says that it's not practical to ask students to wait to get married before having sex. The myth says being responsible, then, is wearing a condom.

What a joke! And how degrading to teenagers like you, Ann. That lie says the America teenager doesn't have the will power to say no to the misuse of sex.

But God doesn't joke around. He says plainly in his Word that a person is irresponsible and sinning against Him if any of us has sex outside of marriage, with or without a condom!

The world implies that the problems of sex by American teenagers can be covered over by a thin piece of rubber! What a cruel hoax. Therefore, Ann, I truly believe that for you to go along with the crowd is to promote a lie that premarital sex with a condom is responsible and OK.

It's not OK and never will be OK! The message your Student Government needs to hear is that premarital sex can do serious damage to your life… and can even kill you. There is no safe sex outside of marriage.

Ann, I want you to - and I believe you can—stand in the gap and be a voice for God in an ungodly world. Remember the verse in Ezekiel when God was searching for someone to stand by him? God said,

“And I searched for a man among them who should build up the wall and stand in the gap before Me for the land, that I should not destroy it; but I found no one” (Ezekiel 22:30, NASV).

Ann, I want God to find you to standing in the gap.

Copyright © 1997, Dawson McAllister Live!, All Rights Reserved—except as noted on attached “Usage and Copyright” page that grants ChristianAnswers.Net users generous rights for putting this page to work in their homes, personal witnessing, churches and schools.