Are most Muslims terrorists?

See this page in: Bulgarian, Indonesian 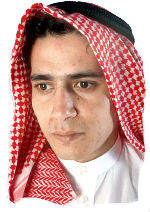 With so many terrorist acts committed by people calling themselves Muslims during the last 30 years, it is understandable that many non-Muslims might be confused.

Are most Muslims terrorists, or terrorists in training?

Our friends at Frontiers have a great deal of experience with Muslims. They are a Bible-believing, international Christian group that has worked for many years with huge numbers of Muslims worldwide. From their abundant experience, they report: “The only good Muslims are most Muslims… The overwhelming majority of Muslims are peace-loving, hospitable people.” (See “Why should Christians love Muslims?” and “How can I as a Christian woman befriend Muslim women?” for more information.) Most other Westerners who have taken the time to get to know Muslim men and women agree with these statements.

Terry Madison, U.S. President of Open Doors, a Christian ministry that also deals with thousands of Muslims, says Christians should not think of all Arabs as terrorists.

“Most of them are decidedly not terrorists; they are victimized as we are by the actions of a radical few. Imagine what it must be like for Arab Americans today. They bear suspicions and anger, frustrations and hatred of many of our fellow American citizens. If we create an enemy image of the Arabs and the followers of Islam, it is impossible for us to love them. If we hate them, it will be impossible for us to be motivated to share the Gospel with them.” [September 12, 2001, Mission Network News]

Muslim extremists make up only a fraction of the Muslim world, yet they receive most of the attention because of the terror they cause. Would it be fair to equate Christianity with such “Christian” marrings as the Branch Davidians of Waco, Texas (David Koresh) or Jim Jones of The People's Temple?

Are you aware that Muslim people often mistake Madonna, MTV, and Hollywood films as being “Christian” just because they come from America, a Christian nation? Most Christians are horrified when they learn of such misconceptions, and likewise it is similarly unjust to label all or most Muslims as extremists or terrorists. Our Muslim neighbors are often just as horrified at such atrocious acts of violence as we are, yet they are the brunt of threats and attacks after each incident of terrorism floods the media.

Rather than strike out at Muslims in anger, Christians must be held to the higher standard, Christ’s standard, of loving them. [What is true Christian love?] And by your love they may see Christ reflected in you and come to a personal encounter with Jesus.

Although unreported by the media, there is evidence that God is moving mightily among Muslims and drawing them to Himself. Perhaps God has called you to be His messenger of peace in such a time as this.

Is Islam a religion of peace?

Streaming video—
Ex-Muslim Nabeel Qureshi: Why I stopped believing Islam is a religion of peace
Video by Premier On Demand
Length: 6 minutes

[ An Overview for Christians ]

Are you trying to share the Biblical message of salvation with a Muslim who doesn’t understand who Jesus Christ truly is and how personal salvation can be assured? See the ABOUT ISLAM section in our Effective Evangelism portion of Christian Answers. Includes STREAMING VIDEOS.