Why should followers of Christ love Muslims? 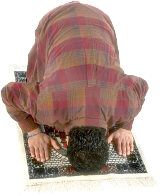 [ An Overview for Christians ]

Author: Frontiers. Supplied by Films for Christ. Copyright © 2001, Frontiers, All Rights Reserved—except as noted on attached “Usage and Copyright” page that grants ChristianAnswers.Net users generous rights for putting this page to work in their homes, personal witnessing, churches and schools.