When is a child old enough to be spanked and how should it be done? 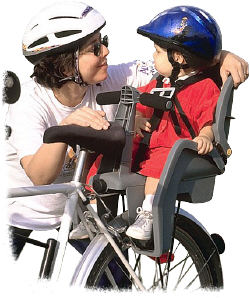 CLAUDIA (a parent, asks): I have a nine month old, and I have been swatting him on the hand every once in a while for misbehaving. Is this okay?

KEVIN (Dr. Kevin Leman): Why do you swat him?

CLAUDIA: He plays with the stereo and I don't want him to get into the habit, so I say no, and then I give him a little swat on the hand. He is catching on, but I am wondering if this is too young.

KEVIN: I'm on record, Claudia, as saying, first, nine months is too young to swat a child. I think age two is about as early as I would ever like to start with a swat on the child's popo or bumbum. Second, I don't recommend swatting a child on the hands or the backs of the legs. Nor do I believe it is ever right to slap a child in the face.

And, when applying a swat to a child's bottom, which is the best and most natural place to administer this kind of discipline, I don't like using objects like paddles or spoons. I think the same loving hand that helps a child up when he falls is the same loving hand that should administer the swat. The idea behind the swat on the tail is to get the child's attention and to let him know that Mom or Dad is very displeased with what just happened.

RANDY (Randy Carlson): I think it helps to be even more definitive. When we talk about a swat, no way are we talking about leaving marks on children. It gets back to the purpose of spanking, which is direction, discipline, teaching - redirecting the child.

KEVIN: It is part of the guiding process. Scripture tells us to train up our children and guide them. Parents who emphasize "spare the rod and spoil the child" often misunderstand the spirit of God's law and overdo it. I always like to remind parents that the shepherds used the rod, for the most part, to guide their sheep, not whack them over the head.

I recall a woman at one of our seminars who talked about the picture of Jesus with a little lamb over his shoulders. Her incredible rationale for spanking her own children was that shepherds in Bible times would break the legs of lambs that strayed, then put them in splints and carry them on their shoulders until they healed. That way, the little lambs learned to stay near the shepherds, and not stray again from the right path.

The lady was right about what the shepherds did to sheep back then, but it left me wondering how far shed go when spanking one of her own little lambs. It makes me shudder to even intimate that “discipline” means beating the living daylights out of a kid, but there are some parents who think that way. That's why we always talk about disciplining children in love. If you love the child, you will discipline the child, but you wont abuse the child. Discipline and love go hand in hand.

RANDY: Another thing to remember is that some children will respond more favorably to spanking than others. I can count on one hand the number of times I was spanked as a child, while my oldest brother, Warren, was spanked regularly. My parents tell me that spanking was very effective with me, but it had little effect on Warren. With some kids you can spank and spank, and it just becomes a power struggle. But if you're going to spank at all, Claudia, it shouldn't be done any younger than eighteen to twenty-four months. Kevin leans to twenty-four months, but I would go down to maybe eighteen.

What is the best way to discipline a child under two years?

CLAUDIA: Okay, I see your point, but if I can’t give my nine month old a light swat, how do I keep him away from the stereo? Its too big to move out of his way.

KEVIN: Then just remove him from the scene. Its the best single thing you can do.

CLAUDIA: But what happens if he just crawls right back and does the same thing again?

KEVIN: There is not a little “ankle biter” who doesn't, in fact, crawl with great speed and accuracy back to whatever he wants. You could pick him up and remove him again, and if he crawls back one more time, I would invite you to use a brand new discovery called a “playpen,” It has soft but firm walls that say, "Okay, you sit here for a while." For a nine month old, a playpen is a very good form of discipline because discipline should start very early. Spanking, however, should not start that early.

How can a parent be too powerful with a child?

AUDREY (a parent, asks): What did you mean when you talk about a parent being too powerful with the child?

KEVIN: One of the primary ways a parent can be too powerful is to use spanking as the primary means of controlling a child's behavior. If that's the case with you or your husband, my suggestion is to back off and, instead of spanking the child, put him in a safe place and give him time to calm down. Also, it will help to back off on any other powerful behaviors you may be using with your child, such as making every decision for him, criticizing or correcting him at every turn, or comparing him to older children and saying things like, "Why don't you act like your big brother?" Remember, powerful behavior from a parent will always breed powerful behavior in a child.