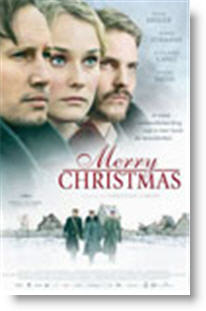 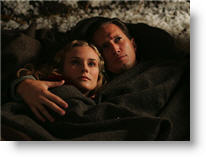 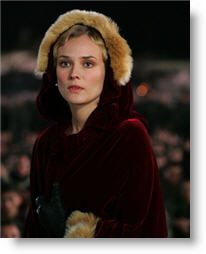 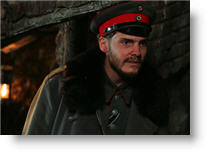 “Christmas Eve, 1914. On a World War I battlefield, a Momentous Event changed the lives of soldiers from France, Germany and England.”

A world war is not a typical setting for a Christmas story, but who says the celebration of the birth of our Lord and Savior Jesus Christ cannot be expressed even in the midst of the meanest of times? In the stirring film “Joyeux Noël”, one such meaningful memorial exists during one of Europe’s fiercest battles. Based on real events, this film is dedicated to those men who “fraternized at the front” and experienced Christmas as most people will never know—and one most of us could hardly even imagine.

In the year 1914 during World War I, it is reported that the three fighting fronts of the French, the Germans and the Scots agreed to a ceasefire at the front lines in order to observe Christmas Eve together. “Joyeux Noël” retells this story by first introducing us to particular characters from the different camps, such as the French Lieutenant Audebert (Guillaume Canet), German soldier and artist Nikolaus Sprink (Benno Fürmann) and Palmer (Gary Lewis), a priest from Scotland. However, this film does not emphasize one nationality over another and creates a unity by showing how the various characters are similar to each other—even to their enemy. There are likeable characters in all camps (as well as unlikable characters) while pointing to the most powerful connection of all: Christ.

Since this film is essentially a war film, there are various moments that cause it to fulfill the requirements of its genre. However, scenes with violence are very, very limited. There is some fighting in the very beginning involving men being shot and a couple other dramatic moments of individuals dying, but they are probably less gratuitous than something you would see on television. There may have been a little bit of foul language, but for the most part it was non-existent. One scene does involve a married couple in bed together in a rather intimate situation.

Part of the beauty of this movie is that the climax really happens during the middle of the film and not so much at the end. It is more like Shakespeare’s five act structure in that regard, with the latter half of the film focusing on the resolution of events. It is a refreshing approach to storytelling and well worth appreciating.

But the most beautiful aspect of this film is the emphasis on the meaning of Christmas. What a glorious experience it is to watch bitter enemies lay down their guns and not only befriend each other, but focus on Who Christmas is all about: Jesus. To see the meaning and significance of His birth transcend the bitter fighting that takes place on the front lines of war makes this film well worth the watch. It is an extraordinary event that will impart some of the true themes of Christmas, namely, peace and love.

Further, while the situation is a kind of idealized one, it does not fail to be honest and show people’s shortcomings. Each nationality is shown at their best—and at their not so best. While we see men befriending each other, we also see a Frenchman who holds to his pride and acts unimpressed by the goods of the Germans. In another scene, a Scotsman continues to hold bitterness regarding the recent death of his brother (and understandably so). This causes some friction amongst this hiatus of peace. And regarding one of the Germans, we still see his relentless nationalistic pride, even to the point that he does not realize how insulting he can be.

The movie is well worth watching any time of the year. You may find yourself holding your breath during highly ambiguous moments. This story is certainly not a predictable one, and will make you bewildered and amazed—and certainly give you cause to rejoice. There are moments of singing that are highly worshipful, including such Christmas carols as “Come All Ye Faithful” and “Silent Night.” It is an excellent production and well worth its Oscar nomination.

Positive—This movie was based on a story that I grew up loving—Christmas in the trenches. Too often when people think of World War I, they link it immediately to World War II, but the racism and mass genocide that saturated World War II was not the basis of the first war. “Joyeux Noel” brings out the human side of a war, the fear, the homesickness and the heartbreak, without being too gruesome. It shows that people fighting in the trenches were not that different from each other; they were soldiers, sent by leaders who had made poor choices in allies, to the frontlines told simply to fight for their country. It also shows how many politically minded religious leaders poorly influenced their people to feelings of hatred, this was sad, but sadly, true. And in the midst of it all, there is music and sport. I am so glad this movie was made, because it would be a shame for this memory to be forgotten.

I would also highly recommend the sound track to this movie, which is easily one of the most beautiful cds that I have ever listened to. Unfortunately, there was one rather explicit scene near the beginning of the movie, but for that, it would have been an excellent moral rating. The main characters of this movie demonstrate comradery, compassion, love, faith and trust. In the middle of a war, it reminds us that we are all the same, we are all created of God and thus can all be His children. But for the one scene, I would recommend this film to just about anyone (although the theme of war may be too mature for some children), it was a touching movie that made me grateful for my freedom, both physical and spiritual.
My Ratings: Better than Average / 4