for strong language and some thematic material 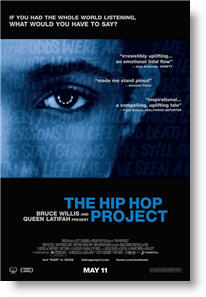 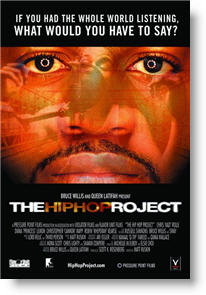 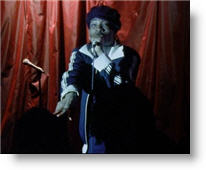 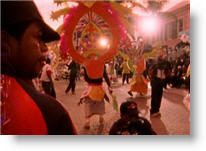 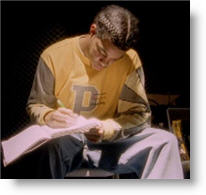 Poetry in the Bible

“If you had the whole world listening, what would you have to say?”

“The Hip Hop Project” is less about hip-hop than about growing up and getting a break in urban New York. This inspirational documentary, directed by first time director Matt Ruskin, revolves around the life of Chris Rolle, known by his MC name as Kazi, who in 1999 started up an arts institute in Brooklyn, New York for urban youth as a way to escape the pitfalls of their environment.

The youths featured in this film, all in their late teens, are aspiring MC’s and hip-hop artists. They go by the monikers of Cannon, L.O.U. and Princess, among others. When they first enter the doors of Kazi’s hip-hop camp, these young MC’s definitely demonstrate they have the talent, but lack originality, as their verses generally do not stray from rapping about guns, women and “bling.”

In class, Kazi helps them to refocus their lyrics on subjects closer to home and more personal to their actual lives. What emerges are rhyming narratives about the sorrows of abortion to MC envy. Their new rhymes are as much personal stories as they are testimonies.

This is a film that teens, particularly those caught up in the whole hip-hop scene should be encouraged to see. The film is centered around hip-hop and delves into the negative aspects of the genre, but does not reside there. Instead, it points out the social and cultural aspects from which the art form first developed. There are interviews with rap pioneers Russell Simmons and Doug E. Fresh, amongst others, who talk about the negative evolvement of the industry and how a once socially conscious art form has degenerated into the pervasively violent and misogynistic music that typifies popular hip-hop music today.

Since the film is located in the heart of the hip-hop world, profanity is pervasive throughout the film. Many Christians may be offended, if not simply bemused when seeing Kazi lead a group prayer for Supreme guidance, and then, moments after closing the prayer, spit out a couple of expletives.

In addition to following the drama that is the lives of the developing artists, the film also travels back to the birthplace of Chris “Kazi” Rolle. He was born in the Bahamas where he was abandoned by his mother and left to be raised in orphanages and foster homes.

There is no nudity nor sexual situations in the film. The only violence or sexual references in the film are those used to contrast the pervasive images of the hip-hop culture.

This is a film that uses images and styles that most society perceives as negative and uses those images to shed light and bring about a positive. These films are very rarely made, because when they emerge on the screen they are not supported by audiences, particularly Christians, who fail to see the socially redemptive quality of the films. Films like “The Hip Hop Project” should be supported in order for there to be more films like “Akeelah and the Bee’s” and less “Saw 3’s.”

Comments from non-viewers
…I have not nor do I plan in the future to see this film. I am mostly commenting on the assessment of this film that targets “teens” or other people influenced by the hip-hop culture. I believe that as Christians we do not need to promote films like this under the guise of understanding this culture. If one truly wants to understand this cultural from a biblical perspective then I highly recommend “EX MINISTRIES: The truth behind Hip Hop.” As Christians we have to understand that this form of secular music like other forms, is used as a tool of Satan to indoctrinate the masses (specifically) teens into aggressive, self-worshipers. Hip hop as a culture teaches that Jesus Christ is the white man’s god, and that black people are god.

I am a black woman, so please do not think that my comments are coming from an ignorant or bias perspective. I, too, was heavily influenced by Hip hop before coming to Christ. In order to promote more movies like “Akeela and the Bee” as opposed to “Saw 3,” Hollywood must come to the realization that the stereotypical black film is not all there is to the black community. Our culture has many facets, so they should freely explore our community in further depth before labeling us into their box. As for Christians (without cultural bias; only for oneness in our Lord Jesus Christ) we need to stop looking for the world to feed us entertainment or understanding. We are already desensitized enough by television, so we should promote Christian film makers so that they can make better films that glorify our Lord.
My Ratings: Extremely Offensive / 3