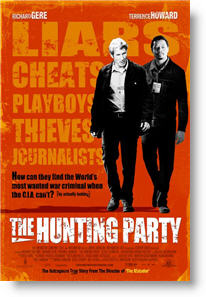 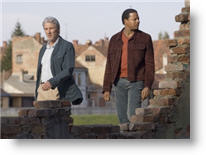 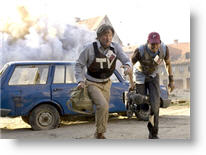 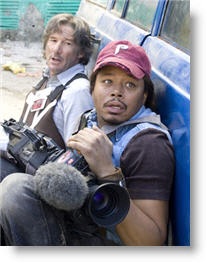 “How can they find the world’s most wanted war criminal when the C.I.A. can’t? (by actually looking)”

Here’s what the distributor says about their film: “Three journalists return to Bosnia five years after the end of the war to search for the most wanted war criminal, who is still on the loose. A young journalist (Eisenberg), a seasoned cameraman (Howard) and a discredited journalist (Gere) embark on an unauthorized mission to find the no. 1 war criminal in Bosnia. They find themselves in serious jeopardy when they are mistaken as a CIA hit squad and their target decides to come after them. Based on a true story.”

Movie Critics
…The truth of Bosnia didn’t need all of this fiction… the balance among a buddy comedy, a heart-tugger and a political thriller is off-kilter. …

Joe Williams, St. Louis Post-Dispatch
…The war-can-be-fun mood may not go over well in the current climate…

Bruce DeMara, Toronto Star
…Black comedy turns preachy… The biggest problem with the movie is the tone, which is by turns preachy, silly, mawkish and dark. …