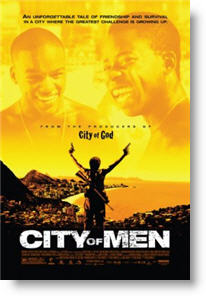 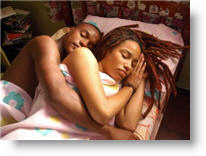 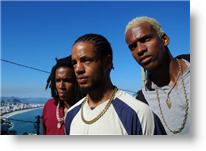 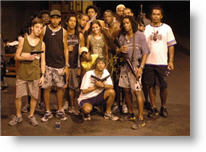 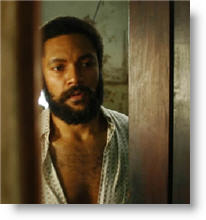 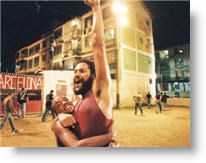 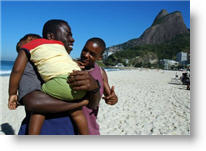 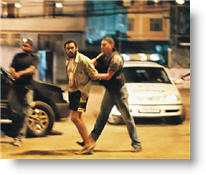 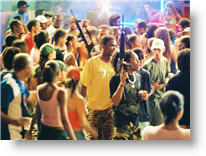 POVERTY—What does the Bible say about the poor?

“An unforgettable tale of friendship and survival in a city where the greatest challenge is growing up.”

In 2002 the feature film ‘City of God’ garnered a lot of praise and attention on it’s way to several awards and four Oscar nominations. Six years later the producers have teamed up to take viewers into the unforgiving streets depicted in the film ‘City of Men’.

Shortly after the release of ‘City of God’ the producers took two of the story’s minor characters, Ace and Wallace, and put them in a television series that ran in Brazil for four seasons, the show, ‘City of Men’ was released in the States on DVD. The series told their coming of age story of growing up in the favelas (slums) of Rio de Janeiro. Rather than a sequel to the original film, ‘City of Men’ serves as a finale to the series.

The plot is pretty genre standard, a plot that probably dates further back than Mario Puzo (or maybe even Shakespeare) putting pen to paper, and has been seen many times before. Two gangs are at war and there’s a traitor who must be dealt with amongst one of the gangs. A ruthless crime lord who goes by the ominous moniker of Midnight runs the gang that owns the hill at the outset of the film. The traitor is the equally ruthless Fasto, who is constantly being berated by Midnight and plots with the rival gang to help take Midnight out. Because of family connections to Midnight, Ace and Wallace find themselves in the midst of the battle.

The film is tense and engenders a definite feeling of compassion for the two main characters. Even without having seen the series, there is a clear friendship and history between these two young men who are just days away of becoming men. Their friendship serves as the stories subplot and in the midst of this rivalry between the gangs, Wallace is helping Ace find his father and help him identify who he is.

The film, though excellently made and acted, did not have the same intensity as the film that started this journey, ‘City of God’. The gangs in this film are merciless and though one might find empathy in this senseless battle over a literal roof-top, the warring factions here are made up of young men and women who have definitely made a choice to pursue this lifestyle. In the first film, many of the gang members were barely old enough to carry the guns they held and when they used them it packed a real cinematic punch. This film does not have quite the same power.

It’s rather spiritually perplexing to describe the film as offensive and to try to arbitrarily assign a moral rating to a film set in a community of poverty and seeming godlessness. The film realistically portrays certain lifestyles and social conditions which themselves should be seen as offensive merely because they exist at all. That being said, as far as material that some may find objectionable, the most obvious element is the pervasive profanity. From the opening scene the teenagers that populate this film talk in dialogue that is peppered with profanity. Since the film is in Portuguese, it is matched with subtitles. It is one thing to hear the language, but for those that are offended by profanity, it seems even more abrasive when it is scrawled out on the screen so you hear it (albeit in another language) and simultaneously see it.

The second issue would be the violence of the warring gangs. Though it is not graphic, there is a high quantity here as most of the film is following the two rival gangs as they fight each other over a small piece of land overlooking the town.

As far as sexuality concerns, there is no actual nudity in the film, however there are a couple of scenes where the two main characters engage in sexual acts, Wallace with his girlfriend and Ace with a series of random girls. Both scenes are shot from a distance and titled cameras as well as quick editing leave the audience to fill in what is not on the screen. It should be noted that it is never in doubt what is happening between the characters.

Lastly, as the story does take place in Rio de Janeiro there are a couple of scenes on the beach where women walk around in very skimpy bikinis. These scenes are very slight and if one pays attention to the subtitles during those scenes than one’s eyes will probably avoid seeing this.

The flip side is that there is a moral center to this film expressed by some of the community suffering from the violence perpetrated against them. When the word ‘god’ is mentioned it is definitely used to refer to the capital ‘G’ God. It is used not in a derogatory manner, but in prayer. Ace’s Uncle calls up a prayer to God after gang warfare shuts down the town. The rival gangs also offer up prayers to God and ask for victory before they go into battle. The violence of the film, nor the gang members that perpetrate it, is never gratuitous, and the film makes it clear that the actions of the gangs are senseless and are destroying the community.

Throughout the film, Ace and Wallace are continuously making decisions that effect their future while discovering mysteries from the past that threaten to tear apart their friendship. Though they take different paths to arrive at their decisions, the choices that the two make show definite growth.