The Hottie and the Nottie 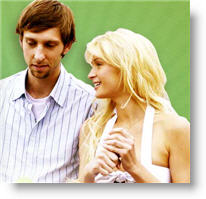 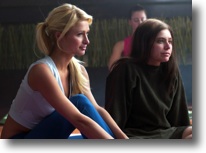 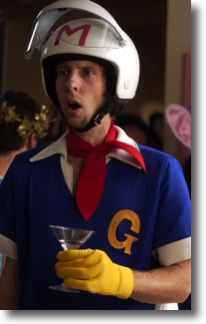 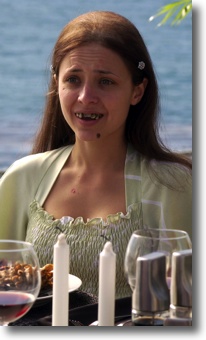 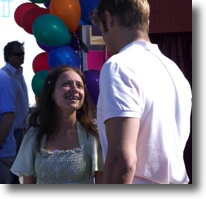 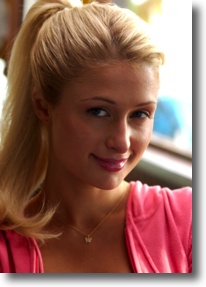 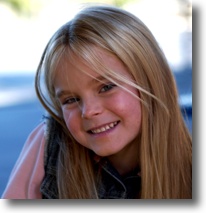 I’m ugly. Why was God so unfair to me this way?—Answer

“Christine Lakin is the hottie! …Paris Hilton is the nottie…”

Here’s what the distributor says about their film: “A girl refuses to marry her longtime boyfriend until he can find the perfect match for her ugly best friend. Nate Cooper has been smitten with Cristabel Abbott since he first laid eyes on her at the impressionable age of six. In the intervening years, there have been other women in Nate's life, but none who could measure up to Cristabel.

Convinced Cristabel is the only girl for him, Nate decides to move back to L.A. and track her down. The good news: she's still single and stunning. The bad news: there's a reason she's still single. Cristabel's still best friends with the same ugly little girl from first grade, June Phigg. The two are inseparable. They live together. They go to yoga together. They would even go on double dates together… if only June could get a date. And Cristabel simply refuses to leave dear June home alone. Determined to spend as much time as possible with Cristabel, Nate sets out to find a boyfriend for June. But guys all flee at the sight of her, and it hits him: June needs a makeover. As Nate and June become friends and she emerges from her cocoon, Nate slowly realizes that the girl of his dreams may not be the hottie at all…”

Positive—I watched this movie and was holding the remote ready to fastford at anytime but to my suprise only had to once. There are a few things thrown in like'A life without orgasims is like a world without flowers'

and “the hardest part is going without the sex” when talking about taking a break from dating. It has a few bad words like bi*ch and I think da*m and sh*t but no LOrds name in vain and the one time I fast forwarded was when June and her boyfriend at the time were on the sofa but if I under stand correct she doesn't go through with it. But the story line in great and the moral of the story is looks are not everything. I give it 4 stars (not five cus of the few bad things) but overall a very good movie note I am 17 not 12 or 13 I would in no way recommend this to anyone under 15 and only if that person new premarital sex is wrong and would not be influenced by the references in this movie. ps I'm not a Paris fan so that did not influence my opinion of this movie at all exept I wish the lead had not been her.
My Ratings: Moral rating: Average / Moviemaking quality: 4

Jessica, age 17
Movie Critics
…Whatever you do, don’t blow your hard-earned money on this Paris Hilton vanity project… devoid of both purpose and entertainment. …

John Anderson, Newsday
…a film overflowing with cruelty… Hottie wallows in the brutality and indignities heaped on poor June the Shesquatch. …This movie hates unattractive women. …

Desson Thomson, Washington Post
…Paris an actress? Nottie at all… Hard to believe in Cristabel's sweetness and decency when the only line of dialogue Hilton delivers with any degree of animation is her retort to a preening guy hitting on her at a club: ‘Pay the bar tab, bitch!’

Carrie Rickey, Philadelphia Inquirer
…Ms. Hilton proves yet again that introspection—not to mention shame—is as alien to her as a life without paparazzi. … Characters pass gas, denigrate little people and perform the most revealing downward dog in yoga history.