How to Lose Friends and Alienate People

for language, some graphic nudity and brief drug material. 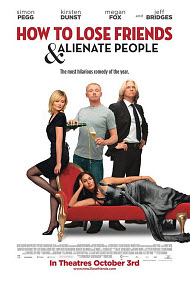 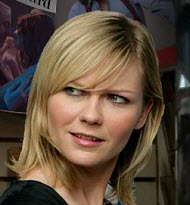 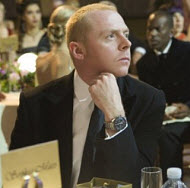 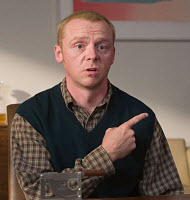 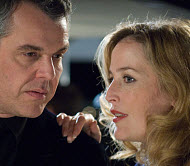 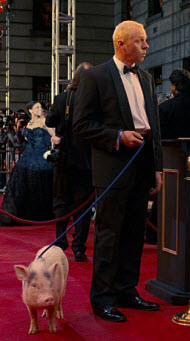 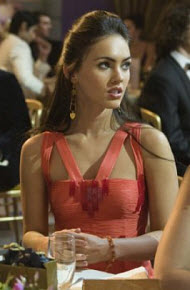 “He’s across the pond and out of his depth.”

“How To Lose Friends And Alienate People” is a fairly typical tale of an inspired, brilliant and bitter observer of the entertainment industry. Sydney Young (Simon Pegg) has his master's degree in Philosophy and yet chooses to run a cynical and sarcastic magazine in England, which catches the eye of American Magazine CEO Clayton Harding (Jeff Bridges.) Feeling nostalgic of his earlier days in the business, before becoming a sell out, on a whim, Clayton hires Sydney and brings him to the U.S.

I guess that pretty much sums up the entire film, now that I think about it…

Oh where to begin… Profanity is heavy and consistently strewn throughout. Competing with the profanity are crude sexual remarks, sexist comments and blatant talk of sex.

Early on, Sydney meets an eager woman at a bar, whom he takes home with him, only to be disappointed (I think… it honestly never really says) with the very present penis between her legs. It doesn't show nudity in this scene, but later on we do see the full nudity of breasts and penis.

There are several instances where drugs are received and shown on screen, or talked about.

There is an adulterous affair taking place.

This is not even close to all that is offensive, but these were the bigger issues.

The film really tries to maintain the strong message of not selling out your ambitions, dreams or confidence for the easy road of money and fame.

My biggest complaint, honestly, from this film is it's erratic soapbox. First, we are introduced to Sydney, who is vile and offensive—yet, somehow, we are expected to connect with him and sympathize as he struggles. Mid-film, things shift, and we are expected to believe this endearing and sensitive side that appears out of nowhere. As he becomes one of the sell-outs he seemed to loathe and detest, the audience is supposed to feel sad for him. Suddenly, a love story kind of worms its way into the plotline (between Sydney and his co-worker Alison—Kirsten Dunst) and gone is the in your face Sydney we met just an hour before.

I just couldn't buy it. Any of it. The characters, the relationships or the storyline… The ONLY thing this movie has going for it is the consistent humor woven throughout, though a majority of that is crass as well. I urge everyone to save their money, when it comes to seeing this movie. It really isn't even worth waiting for the DVD, but rather skip it entirely.