for drug use, violence, language and some sexuality. 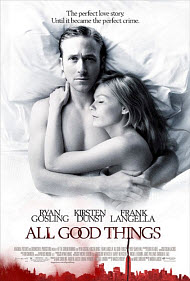 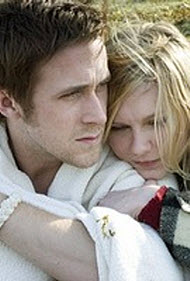 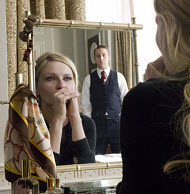 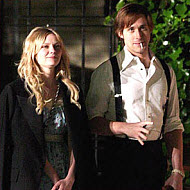 “The perfect love story. Until it became the perfect crime.”

In 1982 the mysterious disappearance of Kathleen McCormack placed her husband, Robert Durst, in the spotlight as the number one suspect. Over the next 21 years, while her disappearance remained unsolved, the life of Robert Durst took him from billion dollar real estate developer, to the life of a cross dressing mute and resulted in his orchestration of the murder of his long time best friend, as well as the death of an elderly neighbor named Morris Black. In 2003, Robert Durst was put on trial for the death of Morris Black, but failed to appear and instead became the first billion dollar fugitive. Durst was eventually found, in Pennsylvania, in a grocery store where he attempted to steal a chicken sandwich, despite several hundred dollars in his wallet and thousands stashed in his rental car. Eventually, Robert is found not guilty of the murder but is sentenced to nine months in jail for the improper disposal of Morris Black’s remains. The details of this story sound like the types of things that Hollywood concocts every day, sadly though, this isn’t a screen play, but real life accounts.

With the names slightly changed, “All Good Things” tells the life story of the Robert Durst inspired character David Marks (Ryan Gosling). We are introduced to him through snippets of childhood moments, just before he meets the character of his future wife Katie (Kirsten Dunst). In a love that seems to blossom so naturally, David and Katie abandon the wealth and controlled life that David’s father Sanford (Frank Langella) wants for David and go after their dreams in Vermont. They open a health food market, which they name All Good Things. They live out their days building a life there together naturally and happily until Sanford finally finds a way to manipulate David back into the family business…

It is from there that things seem to go downhill. An unhappiness rises in David, one which Katie no longer seems to be enough to sustain. Strange ticks and weird behavior evolve into full blown rages, as we follow David through the next three decades of his life.

With nostalgic childhood video footage paving a platform for the film to dive off from, “All Good Things” captures the attention of its audience almost immediately. At first, it is through the tenderness that develops between Katie and David. Even knowing the background of the real life events behind the inspiration of this film, it is easy to forget that “All Good Things” is not a love story. From beginning to end, this film is made with such integrity and heart. Tightly written and beautifully acted, “All Good Things” is a haunting and riveting film, which may quite possibly leave viewers with a sick feeling, as the credits roll.

The New York Times reported that in several brief interviews, Robert Durst confessed that he liked the movie and thought that both Gosling and Dunst did well playing the parts of himself and Kathleen, though that Kirsten Dunst “was pretty much a ringer”. In a time when crime shows make up the majority of primetime television; this is certainly a film (and case) to keep people talking.

Rated “R” for drug use, language, violence, nudity and sexuality—this is a film which definitely earns its rating. That being said, however, very little of those things do not bring something to the film:

There are people who will disagree, but even the nudity felt vital to the storyline. In a film where we see the wife of this violently unstable man give him her love and trust after he has done and asked such horrible things of her*, the shower scene is a raw glimpse into her own story.
(***SPOILER ALERT: Early in their marriage, David requires Katie to have an abortion.***)

While I realize this film is not for everyone, I really found this movie to be quite amazing. Romantically endearing in the beginning, while intense and quite honestly creepy later on, it never managed to drone on or lose my attention. Being tied to such horrific real life events, it is a hard story to deem “good” or “bad,” but whether it is a film that is hated or liked, “All Good Things” is a film that many are not likely to forget.

Movie Critics
…Fascinating. It will keep you on the edge of your seat until the very last frame. You go away slack jawed with shock and sated with the chilling bedtime-story elements of a great unsolved mystery novel you can’t put down. The acting is mesmerizing. …

Rex Reed, NY Observer
…A sharp depiction of human mysteries and the elusiveness of justice that explores the unholy trinity of money, power and privilege. It casts an effective, deepening chill. Ryan Gosling, Kirsten Dunst and Frank Langella all deliver riveting portrayals, with Dunst giving her best screen performance to date. …