To the Arctic 3D 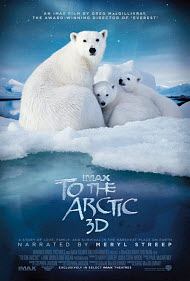 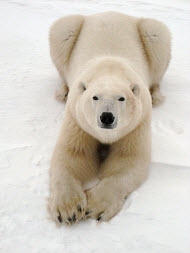 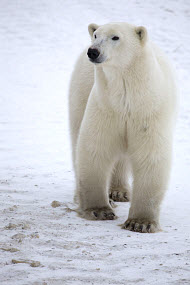 bears in the Bible

Water is simply amazing! Do you understand why?
learn the surprising facts

“A story of love, family, and survival in the harshest place on Earth”

Here’s what the distributor says about their film: “A journey into the lives of a mother polar bear and her two seven-month-old cubs as they navigate the changing Arctic wilderness they call home.

An extraordinary journey to the top of the world, the documentary adventure TO THE ARCTIC tells the ultimate tale of survival. Narrated by Oscar® winner Meryl Streep, the film takes audiences on a never-before-experienced journey into the lives of a mother polar bear and her twin seven-month-old cubs as they navigate the changing Arctic wilderness they call home.

Captivating, adventurous and intimate footage brings moviegoers up close and personal with this family’s struggle to survive in a frigid environment of melting ice, immense glaciers, spectacular waterfalls, and majestic snow-bound peaks.

Warner Bros. Pictures and IMAX® Filmed Entertainment present a MacGillivray Freeman Film, TO THE ARCTIC, a One World One Ocean presentation, directed by two-time Academy Award®-nominated filmmaker Greg MacGillivray (‘The Living Sea,” ‘Dolphins’). Filmed in 15/70mm IMAX® 3D, TO THE ARCITC is written and edited by Stephen Judson (‘Everest’), and produced by Shaun MacGillivray (‘Grand Canyon Adventure: River at Risk’).

The musical score is by Steve Wood, with songs by Paul McCartney.”

Movie Critics
…If you’re not itching to throw on a Superman cape and save the whole damn world by the time the credits roll, we can’t help you. … [3/4]

Cassandra Landry, The Phoenix
…As documentaries on the overworked topic of climate change go, “To the Arctic” has a pretty good hook. … offering strong visual compensations for its meandering structure, syrupy tone and excessive sampling of Paul McCartney’s back catalog. …

Justin Chang, Variety
…the message to those children—and to the parents or grandparents who accompany those young ticket-holders, placing big IMAX glasses on little faces—is that snow is pretty and bears are cute. … [C+]

Lisa Schwarzbaumm, Entertainment Weekly
…Though the film is light on anthropomorphization, its aesthetic is nothing if not infantile. … [2/4]

Lou Lumenick, New York Post
…The Arctic is warming twice as fast as the rest of the world, we are told by Meryl Streep’s dulcet voice as we fly past a gigantic iceberg spouting many spectacular waterfalls. A children’s choir sings and a graphic of the movie title explodes into ice shards to heighten the dramatic impact. Corny? You bet, but that’s nothing compared to the poignant—and to this viewer, distracting—Paul McCartney songs just around the next iceberg. … [2/4]

Jennie Punter, The Globe and Mail