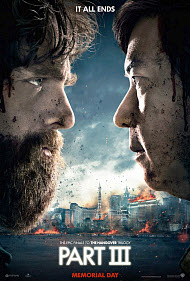 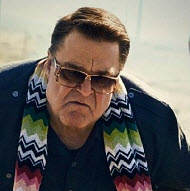 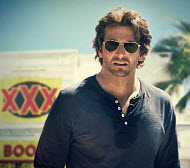 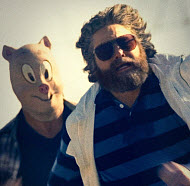 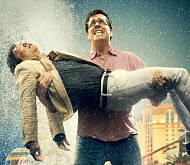 “The epic conclusion to the trilogy of mayhem and bad decisions”

Here’s what the distributor says about their film: “The continuing misadventures of friends, Phil, Stu and Alan. This time, there's no wedding. No bachelor party. What could go wrong, right? But when the Wolfpack hits the road, all bets are off.

Director Todd Phillips says, ‘We're going to surprise a lot of people with the final chapter we have planned. It will be a fitting conclusion to our three-part opera of mayhem, despair and bad decisions.’”

Positive
Positive—Absolutely hilarious! I would say it was up to par with the first “Hangover.” Zach Galifianakis is a total comic genius, and he really steals the show. Highly recommended!
My Ratings: Moral rating: Offensive / Moviemaking quality: 4

Nicholas Angel, age 33
Movie Critics
…odious, mean-spirited movie—the crassest cash-grab to come out of a Hollywood studio in recent memory… [1 out of 4]

Rene Rodriguez, The Miami Herald
… the visuals are as flat as the script. Sequels are rarely rewarding, but this sorry retread of a once inspired comedy only confirms the bankruptcy of sequel mania. …

Stephen Farber, The Hollywood Reporter
…It’s debatable whether “Part III” should even be considered a comedy. … Five minutes into “The Hangover Part III,” a giraffe is gruesomely decapitated by a freeway overpass. While this unfortunate event is ultimately tangential to the film’s plot, it nonetheless marks its best shot at leaving a lasting legacy, with the phrase “beheading the giraffe” perhaps someday supplanting “jumping the shark” as the cliche of choice to mark a franchise’s official descent into pitiable pointlessness. …

Andrew Barker, Variety
…The third film in the comedy franchise is a weak brew of tired ideas. … Wrongheaded attempts at humor abound. … [½ out of 4]

Claudia Puig, USA Today
…what's not new and different is a naked look at Chow and the kind of gross-out-meets-sexualized gags that trigger Stu's new “breasts.” Or the Benjamin-level f-bombs. And add to that a beheaded giraffe and three brutal shootings of characters who never see it coming. …

Adam R. Holz, Plugged In
…Five minutes of Chow might be funny; 100 minutes of his put-on, pidgin-English screeching is numbing. …the movie just limps along… [1½]

Stephen Whitty, The Star-Ledger (New Jersey)
…The last “Hangover” might be even worse than the second… Part III is more like being a hundred feet from the punch bowl at your class reunion and trapped in the corner by the most insistently dull guy in your high school class as he regales you in pathetically vast detail about the habits of his extensive collection of pet ferrets. [½ out of 4]

Kyle Smith, New York Post
…Is it worth your while? Well, how much is your while worth? And on a scale of 0 to 10, how funny do you find giraffe decapitation?… [2½ out of 5]

Kimberley Jones, The Austin Chronicle
…Wolfpack is neutered by poisonous “Hangover Part III”… continuing to roll the dice on this bankrupted franchise has produced craps. [1½ out of 4]

Rick Groen, The Globe and Mail
Comments from non-viewers
Negative—I’m getting really tired of the “Hangover” movies. When they came out with the 1st one, I was like okay whatever, the 2nd one, didn’t see anything unusual about it, but a 3rd movie??? I don’t see how this film had enough substance to be made into a trilogy. The media annoys me so much with how they take a movie that was poorly made and then they push it down our throats.

I’m not going to waste my time watching something about a bunch of friends who get drunk, and then they wake up the next morning not knowing where they are. Not only is heavy drinking bad for your body, but it’s also going against God. Just because you’re an adult doesn’t mean you should drink non stop. This movie is just awful from beginning to end, do yourself a favor and skip it.