for strong bloody violence throughout, and language. 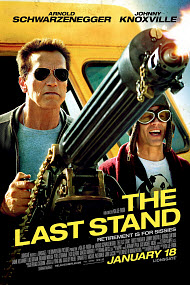 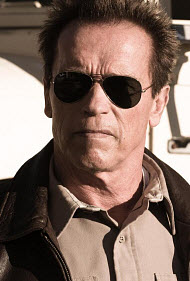 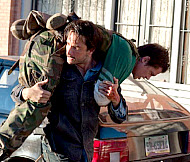 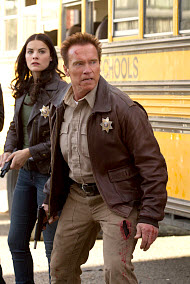 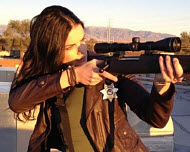 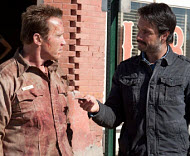 “Retirement is for sissies.”

I really didn’t know what to expect going into “The Last Stand,” and, honestly, I’m not real sure what I got. “The Last Stand” is Arnold Schwarzenegger’s return to movies. It’s his first lead role since 2003’s “Terminator 3: Rise of the Machines.” Arnold plays Sheriff Ray Owens, a former LAPD officer who had seen enough and retired to a small border town in Arizona.

Owens” peaceful retirement is interrupted when an international drug lord escapes from federal custody. Agent John Bannister leads the manhunt and contacts Owens as a last resort against the fleeing drug kingpin. Eventually the Kingpin reaches Owens” town, after Owens and his ragtag crew of slapped together deputies dispatches the drug lord’s advance team, leading to a giant shoot “em up like in old Westerns.

Morally, Owens seems like a good man; he is a father-figure to one of his deputies. When another deputy suggests that they turn their backs for a while and let the convict reach Mexico, Owens quickly shoots down the idea, even if it means that he sees the death and chaos he saw in LA. It basically comes down to right and wrong. Should Owens stay out of the way and allow the convict to escape, or do what is right and stop this evil man, even though it could mean death for his deputies and even himself.

There really aren’t many spiritual issues in the film. None of the characters pray. I really only remember God being mentioned one time by Johnny Knoxville’s character when he reveals a potentially illegal military weapon in his position, and he wants to keep it between me, you, and God.

The movie is extremely violent. Blood splatters after gunshots find their mark and there are very few characters in the movie who aren’t involved in violence at all. There are two scenes where groups of people, both good and bad, are mowed down by automatic guns. I would rate the violence in this movie as an eleven on a scale of one to ten.

The language is also extreme. At first, it is moderate, but, at about the midpoint in the movie, the vulgarities begin to fly. I don’t recall the Lord’s name being taken in vain; in fact, the mention by Knoxville’s character is the only mention of God, at all. The movie contains 20+ iterations of the F-word, 20+ of the S-word, and 10+ of various other profanities.

In the end, I can’t in good conscience recommend this movie. The violence is too extreme, and the language much too graphic. The plot doesn’t have the tightest of structures and many holes and questions were left unanswered, but I was entertained. Overall, pure entertainment isn’t enough for me to recommend this film. It may be worth a look on cable, when it is edited, but don’t go see this movie in the theater or on DVD.