for some strong violence and pervasive language. 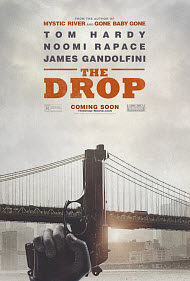 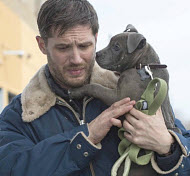 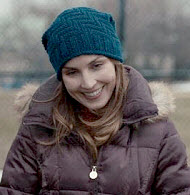 taking a stand against sinful actions

“From the author of ‘Mystic River’ and ‘Gone Baby Gone’”

“The Drop” is a film with a tight cast of highly talented actors. Our main character, Bob Saginowski (Tom Hardy), a man whose world is fairly mundane, encounters a whimpering dog in a trash can. His interest in rescuing the dog provides a backdrop to the story. Bob works for Marv (James Gandolfini), a former bar owner turned mafia pawn.

This film has some detective flavor, a decent amount of drama and a subtlety of color with repeating masculine themes. Nearly everyone has dark hair, and much of the film takes place under shadow and at night. It is visually compelling and contains an old school, slower pace. The story has undoubtedly dark edges, and it grows darker in the minutes ahead.

For its better points, the story is intellectually thoughtful and contemplative—a compelling thriller. However, it is all but bereft of edifying content, and it is demented enough to be ‘adults only.’

“The Drop” contains just a few actual displays of violence, but there is much gruesome imagery, such as severed human body parts and connotations of greater violence throughout.

This film contains extreme cursing throughout (more than 70 f-words and profanity). It has little to no sexual content.

“The Drop” will get some acclaim for its well told story. It has value there. This is a fairly strong piece of media. If you ‘take it,’ I don’t recommend taking it lightly. A subtle message underlies the story. I find what it tells about life to be empty and even betraying.

Positive
Positive—This is not a story for Sunday School children. It’s an adult suspense film with many Christian elements throughout the movie. There is a basic evil vs. Good where the “hero” saves the puppy, saves the girl, and dispatches the bad guy (with gusto). The hero of the film goes to church every single day! He is trying to be a humble worshiper and does not take Communion (because he believes he’s sinned in the past and doesn’t feel worthy). Of course, there are curse words—what do you expect from a bar in Brooklyn? But the film has excellent acting and is a well told story with a well defined morality.
My Ratings: Moral rating: Offensive / Moviemaking quality: 4½

Leonardo, age 72 (USA)
Neutral
Neutral—It’s superbly acted—but very dark, and very empty. Other than kindness to animals, there are no good qualities within the characters or story.
My Ratings: Moral rating: Very Offensive / Moviemaking quality: 4