for thematic elements, some violence, language and brief sensuality. 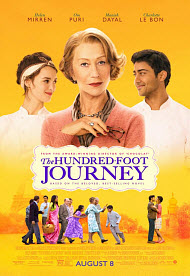 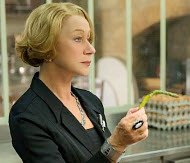 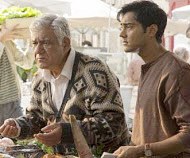 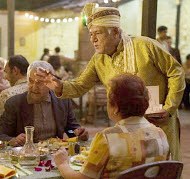 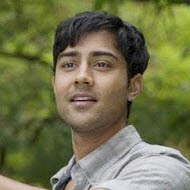 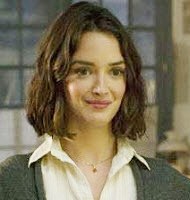 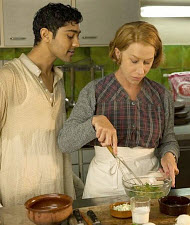 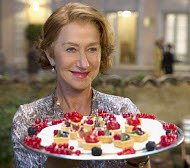 food in the Bible

rivalry / dealing kindly with competitors, instead of taking revenge

accepting others who are different than you

The trailer for “The Hundred-Foot Journey” gave me some uncertainty as to what the movie’s most prominent features would be. Would it be mostly about business competition? Or a love story? Or difficulty assimilating into a new culture? I also couldn’t tell if it was a comedy or a serious drama. But what I perceived after watching it is that none of those descriptions described the movie, overall, though it has all of those elements.

The movie gets a wide range of subject matter incorporated by telling a story of an Indian family who flees from India after they are targeted by political protests and their restaurant is burned down. At this time, Hassan Haji (Manish Dayal) was a young boy, and his mother died in the fire. His father Papa Kadam (Om Puri) escapes to Europe with the rest of his family, and after living in various European locations as Hassan grows up, the family moves to the town of Saint-Antonin-Noble-Val in France, with Hassan now a young adult.

They find property to open their own restaurant, but it is very close to a famous restaurant run by Madame Mallory, who at first ridicules Papa Kadam’s restaurant, but later sees it become popular and worries that it threatens her own restaurant. A tense rivalry begins between the restaurants. The owners come from very different cultures, each feeling they know the style and tactics to defeat the other, but as the movie goes on, they find out whether that attitude is really in the best interest of either one of them.

The characters start the movie with some stereotypical traits, but the two hour screen time allows the personalities to round out in a way that does not feel hurried. We also see some differentiated personalities in both restaurants. Pappa Kadam’s attempts to match Madame Mallory’s aggressive business tactics are often not applauded by his sons, and Madam Mallory discovers contrasting approaches between her and her employees, as well. The movie could attract a very wide audience with its diverse subject matter and high quality visual effects for the scenery and food preparation.

The weakness I found with the movie was that the pacing of the story felt too slow. While the two hour screen time allowed characterization depth, I felt that the story did not have enough major developments to support that running time. Some 1½-hour movies have more plot complexity. With regard to this issue, I can see viewers falling in two different groups. Some may think the simplicity of the plot is a strength that gives the movie a more natural feel and lets the characters mature naturally and express themselves without forcing events upon them. Others, however, may describe the movie as two hours of arguing and cooking.

This movie has a strongly positive message about respecting and learning from people of different cultures rather than trying to succeed by using your own culture to defeat others. The message is not about giving up things important to us in order to fit in, but, rather, seeing what we can gain from the techniques of others to enhance what we already have.

Overall, though I found both strengths and weaknesses in the movie, I recommend seeing it because it has aspects which you may find fascinating.

After my review was uploaded, a viewer comment described a suggestive scene as follows: “A passionate lingering kiss in the kitchen of the restaurant is followed by rushing into the dining room where guests await all while the couple quickly button and tuck in their clothes” (emphasis mine to indicate what I didn’t personally detect). Madame Mallory once described cooking as a “passionate affair” rather than an “old, tired marriage.”

There are two scenes in which a restaurant is intentionally set on fire. The one at the beginning may be particularly disturbing for younger kids as the family’s mother dies. You see her trapped in the flames, although it wasn’t gory or prolonged. Another concern for parents may be the sons’ occasional disrespectful attitude toward their father which involves insulting dialog, interrupting him while he’s talking to other people, and once trying to grab his phone to stop him from taking a call.

Some Christians may be concerned about how Papa Kadam mentions receiving advice from his deceased wife several times, and there are multiple references to spirits in food. Such discussion is not prevalent in the movie though. The only other faith-oriented concern may be when someone refers to a cook book as the Bible.

Characters drink wine in moderation until a point near the end when Hassan becomes depressed and starts drinking in a heavier manner. The rivalry between the restaurants occasionally employs bribery, stealing, or lying, but the message of the movie stands against these tactics.

Positive
Positive—My husband and I both greatly enjoyed this movie! It was refreshing to see a movie with no explicit sexual content, language or violence, and yet have such a fun and interesting story. The scenery was beautiful, the cultures interesting, and the acting was good. The writers/producers slipped in a line about other gods, but I see this as an opportunity to discuss with children about the fact that people from all cultures need to know the real and true God in the Person of Jesus Christ. All around, we agreed that it was one of the most enjoyable films we’ve seen in a long time
My Ratings: Moral rating: Better than Average / Moviemaking quality: 4

Corliss, age 63 (USA)
Positive—“The Hundred-Foot Journey” is the combination of producers Steven Spielberg and Oprah Winfrey. The result is a wonderful movie that leaves you with a lingering sense of joy. The slow pace of the movie is not a negative, as our reviewer opines, but an opportunity to reflect and enjoy the artistry of sight and sound (cinematography, script and music). The minimal profanity, plus the positive messages about forgiveness, teamwork, and love-thy-neighbour, create a romantic comedy-drama that any Christian will enjoy.
My Ratings: Moral rating: Excellent! / Moviemaking quality: 4½

Brian Schacht, age 67 (Canada)
Positive—I quite enjoyed this movie. It’s so nice to see a film that is not vulgar and doesn’t contain sexual references. I think the storyline is very good, which is about a family from India who winds up in France. They open a restaurant 100 feet from a restaurant that has French cuisine. A rivalry starts between the two restaurant owners, but the oldest son is a talented cook who is interested in learning French Cuisine. At times it drags a bit, but it’s a movie that’s meant to invoke strong emotions, and this is mixed with humour.

It’s also a nice romantic story which crosses racial barriers which I quite appreciated. They are just people with the same feelings and interests. There are a lot of good messages in this movie about the importance of your family heritage, but also about accepting others who are different than you, tackling hard issues such as prejudice and the merging of cultures. Other positive messages include not getting back at your rivals but treating them with kindness, and the downfalls of fame. After all, there’s no place like home! See all »
There are a few uses of God’s name and also the word “bloody”(which a British friend informed me is derived from Jesus” blood so is a very bad swear word). There are also a couple of references to “gods” but not one true God, and there are a few mild Hindu type references at the beginning of the film. I was not offended about the father saying what the mother would say because I think even as Christians we do this. My mother recently passed away, and we do this, too, talk about what she would have said in certain situations.

I’d recommend this film… it’s got a real peacefulness about it. I also thought the acting was very good and Manish Dayal is very talented.
My Ratings: Moral rating: Better than Average / Moviemaking quality: 4

Kathy Pj, age 54 (Canada)
Positive—Fun, fabulous, and entertaining. Good moral values and a very charming delightful movie. We enjoyed every minute of it. Everyone did great, and, of course, Helen Mirren was her usual extraordinary self.
My Ratings: Moral rating: Good / Moviemaking quality: 5

Dottie, age 50+ (USA)
Neutral
Neutral—I agree with the reviewer’s comments. I want to add that I was disappointed to find myself really bored. The script and characterization were banal, shallow, with stereotypical action. I fault the director for turning this into a somewhat ridiculous movie—uber-sentimental and simplistic. What a shame. Beautiful setting, good actors, lovely food. I left about ¾ of the way through. I was really too bored to stay, too many more interesting things to do.
My Ratings: Moral rating: Better than Average / Moviemaking quality: 3

Halyna Barannik, age 68 (USA)
Negative
Negative—The movie had a wonderful charm and character to it throughout the majority of the film. …Unfortunately, the moral rating disappeared towards the end when the lead characters reunite. A passionate lingering kiss in the kitchen of the restaurant is followed by rushing into the dining room where guests await all while the couple quickly button and tuck in their clothes (leaving the impression that the young Indian man scored with the French maiden in the kitchen). Hollywood can’t seem to leave any hint of sex out of a movie to the approval of ALL movie-goers.

In my opinion (and my disgusted teens), a 2 hour film that covers a years long relationship doesn’t need to expose sexuality at all. Sex is a natural part of life and a gift for marriage. Having it thrown at me on screen isn’t necessary. The Bible instructs us to flee from temptation to our benefit—not watch and wonder about it from the grandstand. The Word also teaches “there must not even be a hint of immorality named among you who becometh saints.” The hint of sex in this film should be enough for anyone who desires to FOLLOW Christ to follow Him right out of the theater. This film was close, but no cigar.
My Ratings: Moral rating: Offensive / Moviemaking quality: 5