for some mild action. 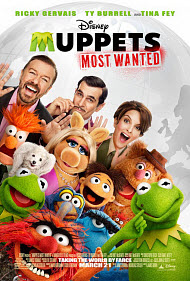 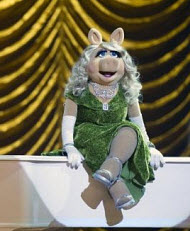 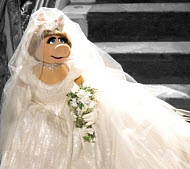 Adventures in the rainforestn about the Creator of the universe by exploring His marvelous creation. Fun for the whole family with games, activities, stories, answers to children’s questions, color pages, and more

“Taking the world by farce”

They are “together again”! “The Muppet’s Most Wanted” is the seventh sequel to the original, “The Muppet Movie.” The muppets continue right where they left off, they are all together and ready to perform!

They start with a meeting with their new co-manager, Dominic Bad Guy. He wants the muppets to start on a world tour immediately. While, Kermit, wants them to take some time to “hone new acts.”

Dominic truly is a bad guy and has a hidden agenda for the world tour that he shares with his boss, a well-known international criminal, Constantine. Constantine just so happens to be Kermit’s exact look alike except for a facial mole (that is easily hidden with green paint).

Constantine manages to get Kermit arrested and sent to a Siberian gulag (labor camp prison) while he pretends to be Kermit and takes over the tour.

The “World Tour” is just a cover up for the two partners in crime. Constantine and Dominic (Number Two) always plan the performance next to museums, galleries and banks where they can steal precious treasures, including “The Crown Jewels.”

During the tour, Kermit makes many humorous attempts to escape the gulag that is under the watchful warden Nadya (Tina Fey). While Constantine tries to lose his accent and fool the muppets into believing that he is really Kermit.

It was not as hard as some might expect for Constantine to fool Kermit’s friends (including Miss Piggy). He gave them what they wanted. He gave full creative freedom for them to do what they wanted in the show. The muppets could not see the impostor for what he was, because of their own selfish ambitions. They did not want the guidance or restrictions the true Kermit gave to make a successful show.

The Bible says in Proverbs 27:6, “Faithful are the wounds of a friend; but the kisses of the enemy are deceitful.” They wanted the “kisses” of the enemy. As a result, the quality of their shows suffer and they do not recognize that Constantine is not Kermit, and he is just using them for his criminal purposes.

At the end of the movie, Fozzie Bear, Animal and Walter (the only muppets who don’t believe that Constantine is Kermit) save Kermit and bring him home. Constantine and Dominic are exposed for the impostors and crooks they really are and brought to justice. The muppets are grateful to have the real Kermit back and realize that having your own way is not as important as family. They are “together again.”

This movie has all the fun “bells and whistles” that all the muppet movies share. It has slap stick humor, musical numbers, and cameo appearances by famous entertainers. It just fell a little flat for me.

The first musical number in the movie was called “We're Doing a Sequel.” In this song, it mentions that a sequel is often not as good as the original. I agree with that sentiment. I felt this movie, while entertaining, was not up to par with the last one. There were not enough bad Fozzie bear jokes (waka, waka, waka), Miss Piggy and Kermie banter or goofy Gonzo incidents. I also felt that some of the movie plot and jokes might go over some of the younger children’s heads.

There are some things you need to be aware of in this movie. There is some violence. A prison explodes after prisoners break out, prison guards get beaten up, two muppets are slapped, a character is shot but not injured, a character is tasered, Animal bites Constantine, and prisoners are stuck against an icy wall.

A few kisses are exchanged between two muppets. There is one act in which the prisoners do a dance in long underwear.

The word “stupid” is used once. God is mentioned in a song’s lyrics, “God I need this job.” And “Poop'inbergen” is the name of a town.

Two times alcoholic beverages are shown. There is theft of art and jewels. There is a scene with a silent movie in it with the subtitle, “Existential conundrum of religious experience.”

Positive
Positive—A great movie. If you love the Muppet,s you know what to expect, and it delivers. Great family fun. If they make a third, I’ll see it, too.
My Ratings: Moral rating: Excellent! / Moviemaking quality: 4

Keith, age 35 (USA)
Positive—Muppets Most Wanted is not as good as the first Muppets movie that came out a few years ago. But, it’s still a good movie to watch! If you’re a fan of the Muppets, you’ll enjoy this! …Definitely a cute, enjoyable movie. I particularly loved Tom Hiddleston’s cameo appearance, and he’s one of my most all time favorite actors. The movie was very clean from what I can remember. Go see it!…
My Ratings: Moral rating: Good / Moviemaking quality: 5

Sarah, age 23 (USA)
Comments from young people
Neutral—They say at the beginning of “Muppets Most Wanted” that a sequel is usually not as good as the original. This, unfortunately, is true with this movie. Even though it was to be expected, I was rather disappointed with the absence of Gary and Mary, who were a very nice touch to the first movie. All in all, however, it was a decent sequel.
My Ratings: Moral rating: Good / Moviemaking quality: 4