for sequences of violence, sexual content and brief strong language. 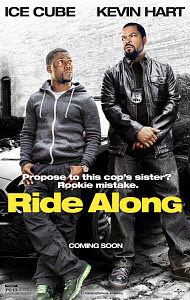 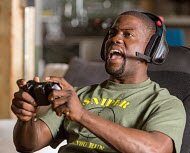 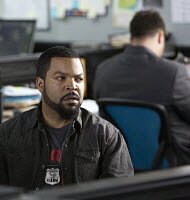 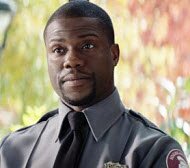 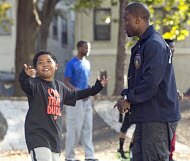 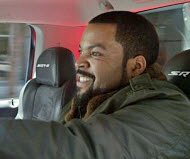 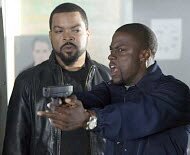 When you go into a comedy, never expect anything deep, sentimental, or thought provoking. Go in with the idea that producers and filmmakers are only attempting to make you laugh. That’s the purpose. Nothing more. With “Ride Along,” you get that for sure. There are certainly plenty of genuine, laughable moments (apart from the ever present crude, sexual language that comes out of Kevin Hart’s mouth).

“Ride Along” has some good moments. The performances aren’t half bad by Ice Cube and Kevin Hart. They do have good chemistry as police partners. Toward the end, though, it felt as if the same humor was being thrown across that we had seen before—Ben (Kevin Hart) not knowing what he is doing, and James (Ice Cube) not being able to handle anymore of his crazy antics. It’s also not a good thing when you sit in the audience and hear laughter in scenes that are not intended to be funny. And yet, to some degree, the movie remains strangely humorous, even with the familiarity of the entire hour and a half.

Take caution when you see the name “Kevin Hart” attached to a movie. Why? Because you know, right there, that although the comedy will sometimes be funny, some will be down right inappropriate. And that’s the purpose of this next section.

Sex/Nudity: It’s apparent that Ben and Angela live together unmarried. There are some men’s private jokes made, vulgar sexual comments and sexual noises made, stripper jokes (not to mention a scene where we actually SEE a strip club and strippers), a man in a store strips down to his underwear (apparently drunk) and pours honey on his chest, a text from girlfriend Angela mentions she is h*rny, and lastly Angela is seen in just a shirt and panties.

Violence: The violence in this movie presents itself in the form of multiple scenes of gunfire, explosions, a car chase, and somewhat heavy fight sequences involving different characters in multiple locations. Threats are also made against Angela. There are two scenes where people are “accidentally” shot, one of those by Ben (Kevin Hart) during a hysterical interrogation sequence. Slapstick humor includes Ben being blown back after using a shotgun in a shooting range, James (Ice Cube) being slapped, Ben being blown away by an explosion, and a dream sequence where Ben is shot three times by James. There is also a scene, after Ben is shot, where we see bullet wounds and accompanying blood.

Other Content: There’s a drug reference, someone spits on Ben’s shoes (a gross, close-up shot), and jokes about a bouncy butt. The most non-humorous moment, for me, is when a little boy cries sexual harassment when Ben is confronting him about the location of his older brother.

Positive Themes? Not much. In a comedy, a positive theme is generally hard to pull off. “Ride Along” is no exception. However, we do get to watch as James, thinking that Ben is a huge joke, grows and begins noticing his good points. He reaizes that maybe Ben isn’t such a bad guy after all and that he’s actually good for his sister Angela. In the beginning, he doubts his sister’s judgment but acknowledges this mistake later. It reminded me that when God does something we either don’t like or expect, the first thing we want to do is question His judgment. God’s answer is that “His ways are not our ways,” meaning we are to trust His decisions without question, because only He is omniscient, all wise and in control of all.

The showing I attended was filled with high school age audience members. It goes without question that this is the primary target for this film. Although “Ride Along” had me “riding along” in enjoyment for the most part, Christians are warned to be cautious about this film. The vulgar and crass humor is not necessary, and, as I said, the name Kevin Hart should alert most people as to what to expect. I wouldn’t say “Ride Along” is a terriblechoice, just not the best choice. Maybe better, perhaps, as a DVD rental. Save your money. This one can wait.

Movie Critics
…a crowd-pleasing if predictable variation of the buddy cop movie… The plot isn’t much, but Mr. Hart’s fans, at least, are well served by the way his manic energy bounces off Ice Cube’s growly stoicism. …

Chris Nashawaty, Entertainment Weekly
…Kevin Hart and Ice Cube flounder in a run-of-the-mill buddy-cop programmer. … a lazy and listless buddy-cop action-comedy that fades from memory as quickly as its generic title…

David Berry, National Post
…The manic Kevin Hart and the cool Ice Cube show glimmers of greatness, but they can't overcome a lack of story. …

Betsy Sharkey, Los Angeles Times
…It doesn't reinvent the wheel and is fairly lightweight, but it features a steady stream of solid laughs and goes down easy. …

Paul Doro, The Milwaukee Journal Sentinel
…so clichéd it nearly derails the film… Hart is much like Murphy: fast-talking, mischievous and irresistible. …

Scott Bowles, USA Today
…charm isn't enough—not when a film is as predictable and crass as this one. The language here is lewd; the sexual allusions are blushingly bad; the morality is messed up; and the violence, while not grotesque, is unremitting. …