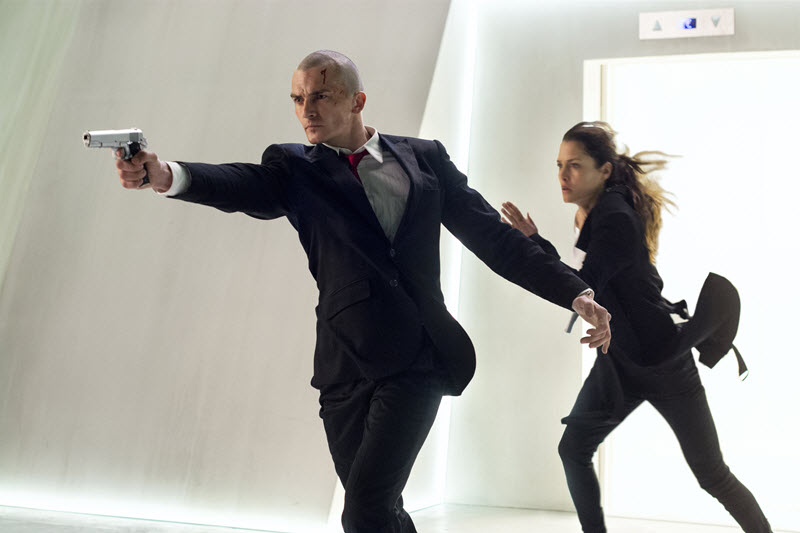 for sequences of strong violence, and some language. 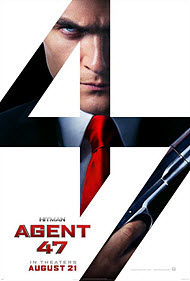 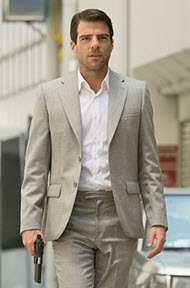 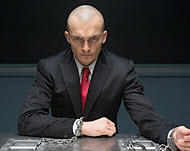 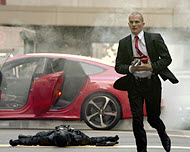 They assume if they follow his daughter, Katia (Hannah Ware), they will find the doctor. She is desperately looking for her him, as well, because he left her alone as a child after her mother died. She wants answers from him. Agent 47’s assignment is to destroy Dr. Litvenko and his beautiful daughter.

Syndicate sends a man, John Smith (Zachary Quinto—“Star Trek”), to guard her. However, John Smith, who is supposed to protect Katia, is an assassin, also. Then, Agent 47 (Rupert Friend—“The Young Victoria,” “Pride and Prejudice”), who was chosen to kill her, becomes her protector, and John is really trying to capture Katia. So, who is protecting whom? Who is assassinating whom? When Agent 47 and Katia find her father, they discover that she is an assassin, too, with skills superior to Agent 47’s. Katia and Agent 47 battle against the Syndicate together. The plot thickens.

This movie is based on a popular video game. Thus, this plot is violent and predictable. The entire picture is one vicious scene after the next. The movie begins with a car being blown up, several people shot point blank, and a strangulation. Those events happen during the opening credits.

The plot is slightly intriguing, but gets lost in all the people getting shot, heads getting twisted, and Agent 47 strangling other killers throughout the film. The storyline seems so similar to other films from the past like “The Terminator.” Agent 47 does not die. They shoot him or cut him or try to stab him; yet, he will keep going, as in “The Terminator.” The audience can easily figure out what will happen next, because the idea has been done before.

This picture’s title and theme is extremely fierce: an assassin designed to kill. There are scenes where Agent 47 puts people through a grinder, he stabs people, he engages in hand to hand combat. There is a lot of blood spewing out of people’s bodies after point blank gunshots. The film is over the top with violence. The scientist genetically produces humans that have no morals or ethics. It implies that people are created in a lab and men are playing God. This makes the film devoid of the human elements and morality.

Other concerns: One time the Lord’s name is taken in vain. Agent 47 uses the Bible to stop a man from stabbing him with a knife. There is no nudity, but a scene has Katia coming out of the shower in just a towel, and she swims in a bikini. Katia takes prescription pills and steals some more when she runs out.

In Matthew 26:52, Jesus said, “for all they that take the sword shall perish with the sword.” (KJV)

Movie Critics
…Non-stop action quickly stops making sense. …turns out to be exactly the kind of fast-paced, mind-numbing thriller that studios churn out to fill screens during the dog days of summer. …

Stephen Farber, The Hollywood Reporter
…About as violent and soulless as its title suggests. …does make use of some eye-popping locales in Singapore…

Rafer Guzmán, Long Island Newsday
…The ‘Hitman’ movies continue to be terrible… Friend is out-acted by the gorgeous scenery. … [1/4]

Kyle Smith, New York Post
…“Hitman: Agent 47” shoots for action appeal, misses badly… If there is something worth praising in “Hitman: Agent 47,” and there probably isn’t, it’s the movie’s look. It’s glossy and bright, with lots of grays and silver…

Katie Walsh, Tribune News Service
…All flash, no bang… At least 30 people get killed - by gunfire, car bombs, kerplunking tumbles from balconies and stairs - before the title Hitman: Agent 47 even announces itself on screen. …if you strip away all the gunplay, “Hitman: Agent 47” would be about 10 minutes long. …[2½/4]